Review of 'Will Of The People' by Muse 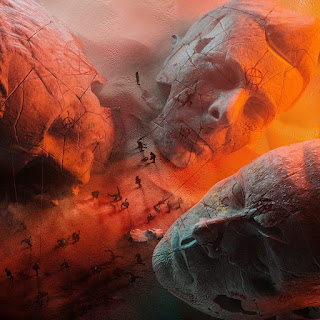 Since getting political, the rock trio's music has been a lot harder to digest. This is partly because Bellamy’s theatrical vocal delivery is much better suited to lyrics about alien invasions than serious real-world topics, and partly because the band simply can’t write political lyrics for shit.

2015 anti-war opera Drones suffered from being way too blunt. Songs like ‘Psycho’ were almost unlistenable because of how dumbed-down and direct they were. It was a shame, because instrumentally the album was a blast.

Will Of The People is another political album – but it suffers from the opposite problem of being way too vague. As with The Resistance, the album is largely made up of protest songs. But what are they protesting against? Brexit? Covid restrictions? Climate change? Take your pick. ‘Compliance’, ‘Liberation’ and sweary closer ‘We Are Fucking Fucked’ all turn out to be as open-ended as their titles. Given that Bellamy has been known for his love of conspiracy theories in the past, I guess it’s possible he was trying to hold himself back from going full tinfoil hat mode (the pandemic seems to have made a lot of people sway that way). But in his attempt to not reveal too much about his beliefs, these protest anthems end up becoming pretty generic.

Again, this is a shame, because like Drones this album is sonically a lot of fun. I absolute love the groovy glam rock guitars and catchy chorus of opener/title track ‘Will Of The People’. The synth stabs and addictive bass lick of ‘Compliance’ rock too. And I don’t think Muse have ever got as satisfyingly heavy as they do on ‘Won’t Stand Down’ and ‘Kill Or Be Killed’ (the breakdown on the latter track is brutal and Bellamy even throws out an unexpected death growl). All in all, it’s the template stick-it-to-the-man lyrics that are the issue, and they spoil most of the album.

Ultimately, the band’s most enjoyable tracks are the ones where they’re not trying to deliver a political message. ‘You Make Me Feel Like It’s Halloween’ is the campiest song Muse have ever written – the Bach-inspired church organs, cartoonish Nightmare-before-Christmas vocals and evil laugh are pure cheese – and yet I loved every second of it. Maybe there is some anti-lockdown suggestiveness to lines like ‘you cut me off from my friends/ you cut me off from my family’, but overall it doesn’t feel like it’s trying to shove a serious message in your face. It almost makes me crave an entire album of campy Halloween classics from Muse.

The band are so much better at crafting these silly songs than they are at writing serious songs like Adele-flavoured piano ballad ‘Ghosts (How Can I Move On)’. The problem with this track (aside from sounding like a certain Adele song) isn’t that Bellamy tries to get political, but that he tries to get heartfelt. The lyrics are about struggling to deal with loss, but Bellamy’s Broadway vocals make it sound like a parody. It’s arguably the worst song Muse have ever written, and I’m glad it doesn’t seem to be inspired by personal loss so that I can hate it guilt-free.

I guess my overall conclusion is that Bellamy needs to stop writing serious lyrics. Just like Queen (of whom the band are clearly very inspired), Muse thrive when they’re being utter goofballs. It's time for them to quit the protest songs and the Adele ballads, and bring back the supermassive blackholes.