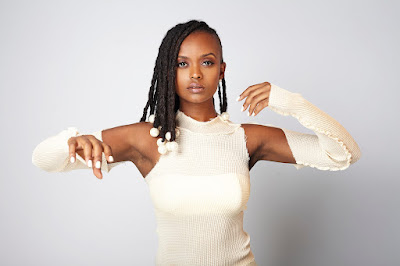 NO WORST TRACKS THIS WEEK. I’m feeling in a good mood this week, so it’s all bops and no flops. Artists featured this week include Kelela, Alvvays, Totally Enormous Extinct Dinosaurs, Emily Breeze, Scott is Okay and Biig Piig.

These synth chords gave me serious shivers. I was not ready for them. I expected some percussion to come in, but it doesn’t. Instead, the track dedicates its running time to showing off r&b vocalist Kelela’s stunning voice while the haunting synths continue to loop. The visuals are also epic.

Canadian indie band Alvvays deliver this new lo-fi experimental synthpop track ‘Very Online Guy’ accompanied by a fittingly retro pixelated video. They’ve really slathered on the reverb this time – so much so that I can barely make out the lyrics (which is possibly a good thing. As a very online guy, I don’t want to feel called out). The woozy overlapped vocals around the 1 minute mark are super trippy and had me wondering if I’d accidentally opened two tabs.

‘Never Seen You Dance’ will make you want to dance regardless of who is watching. The groovy bass and rolling pianos are too good to resist. You never quite know what to expect with a new TEED track, but it’s almost always a banger.

‘Ordinary Life’ is a song about getting older and not achieving your dreams of stardom, but also accepting that an ordinary life can be just as rewarding (I’m sure there are many celebrities that yearn for an ordinary life). At the same time, it’s a song about not giving up on dreams just because you’re no longer young. There aren’t enough songs about this subject matter - at least not done this well. As someone who’s just turned 30, it’s comforting and inspiring. Fingers crossed, this is Emily’s time to shine.

‘2042’ is pretty much the opposite of the track above. It’s a song about looking to the future and wrestling with the fear of not ‘making it’. In this case, it seems to be the fear of ending up single, but there are other fears that could also apply. The slightly glitchy electronica makes it all the more captivating.

Irish singer/rapper Biig Piig certainly knows how to pick a fun beat. In this case, it’s a simple but infectious serving of funky house. Like her previous singles, it contains a signature mix of smooth breathy whisper-singing and choppy pitch-shifted vocal edits.