BEST AND WORST NEW TRACKS OF THE FORTNIGHT 11/11/2022: MISS GRIT, Brockhampton, Work In TV and more… 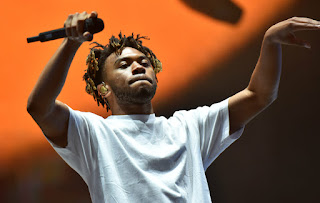 Korean-American musician MISS GRIT delivers this excitingly suspenseful track ‘Follow The Cyborg’, which revolves around some pulsing electronica and suitably cyborg-like vocals. Various layers of instrumentation are slowly added including some brief distorted guitars that have a St Vincent vibe. It’s a fun mix of futuristic sounds that has me curious to hear more from MISS GRIT.

Brockhampton - the eccentric hip hop collective/boy band who broke up earlier this year, but are still making music - have released a new single titled ‘Big Pussy’. It’s got a typically insane beat and some dynamic vocals from Kevin Abstract. I do wonder if the group is going to continue as a Kevin Abstract solo project, because there don’t seem to be any other members present. Considering the different voices that Kevin is able to pull off in this track, it seems like he’s quite capable of pulling off a one-man-collective.

‘Spiral’ features a wiry mix of keys and guitars and a super catchy chorus. The whole sound reminds of Everything Everything, but a little more bustling and chaotic (I wasn’t expecting the vocals to get shouty at the end). The Sheffield five piece definitely have a fun sound that I’d like to hear more of.

Lo-fi indie rockers Pile are back with a new single titled ‘Loops’. The drums are pretty intense and the warped vocals give it a trippy feel. It’s definitely not their noisiest track, but it’s still pretty unique. A new album is scheduled to drop next year.

‘Mad About It’ – Esme Bridie

‘Mad About It’ is a song about being utterly fed up with life and not being able to show it. The frustrated second-person lyrics are deliberately masked with cheery vocal melodies and breezy alt rock guitars. The result sounds like Noah And The Whale on the edge of a mental breakdown – but with some creative tremolo synths in the chorus to give it some edge.

I can’t tell if she’s deliberately rushing her bars (the track is called ‘Nut Quick’ after all), or if she simply can’t stay on beat. Either way, this track is a hard pass from me.