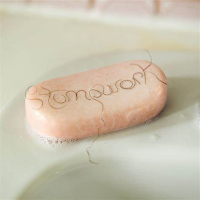 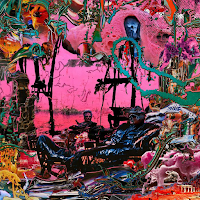 You’ve heard of mumble rap. But what about ramble rock? Yes, that’s the term I’m now using to describe these types of bands (it’s better than ‘windmill scene’).

Dry Cleaning and black midi (their name is all lowercase – I’m not just being lazy with the caps lock button) are both part of a growing movement of UK rock bands delivering sardonic spoken word over post-punk-flavoured guitars (i.e. what I call ‘ramble rock’). Despite the market for these types of bands becoming increasingly saturated, both Dry Cleaning and black midi have found a way to stand out from the crowd. In fact, their new albums Stumpwork and Hellfire are very different to one another. Stumpwork is an intimate, personal, scatterbrain portrait of everyday life. Hellfire meanwhile is theatrical, extravagant, conceptual fiction about death and beyond. Together, they represent two ends of the ramble rock spectrum.

Which album shall I focus on first? Let’s start with Dry Cleaning’s Stumpwork. I never got round to listening to Dry Cleaning’s debut album New Long Leg in 2021, but I have since listened to the record, and it slaps. Florence Shaw’s unique vocals won me over – her calm deadpan delivery is so different to her unhinged shouty peers, and I love her poetic lyrics that alternate between hilariously mundane and surprisingly profound.

Stumpwork features pretty much the same style of entertaining spoken word poetry, but with a few slight changes. Firstly, there are more melodic moments of singing this time around (albeit in the same signature deadpan tone). The lyrics meanwhile feel a little looser – the tracks contain even more comical non-sequiturs than before (including ‘they call him Sensual Steve for a reason’ and ‘I will risk slow death for Chinese spring roll’), while still weaving in some deeper themes. The track ‘No Shoes For The Rain’ does border on being a little too rambling with its ‘I don’t know’s, ‘raa raa raa’s and ‘oh’s, but there are still some witty lines about life in the pandemic that it keep it captivating: ‘I’ve seen your arse, but not your mouth/ that’s normal now’.

The more varied instrumentation is probably the most exciting change on this album. I did enjoy the moody Siouxsie-and-the-Banshees-esque guitars of New Long Leg, and there are plenty more of those on Stumpwork, but it’s fun to hear the band exploring new sounds. The vaporwave synths and jazzy clarinet of ‘Anna Calls From The Arctic’ are a really unique mixture, and the funky bass and wailing sax of ‘Hot Penny Day’ bring a nice change of pace. It would be cool to see Dry Cleaning expanding their instrumental palette out even further in the future.

All in all, there’s nothing I really dislike about this album (other than the hairy bar of soap on the cover, which is GROSS). That said, I do feel Dry Cleaning have it in them to put out something even better – perhaps with even more colourful instrumentation and a stronger overarching theme.

Now for black midi’s Hellfire. This is the band’s third album. They’ve evolved a lot since their 2019 math-rock/post-punk debut Schlagenheim, taking a jazzier approach on their second album Cavalcade (which I reviewed on this blog!) and now going full-on Broadway on Hellfire (with some prog rock, jazz and even flamenco thrown in too). Their last album had its manic tracks like ‘John L’, but this album feels more consistently hectic. This is particularly the case with the instrumentation – while there are no free jazz breakdowns this time around as there were on Cavalcade’s ‘John L’, there are the speedy arpeggios of ‘Sugar/Tzu’ that play out like an out-of-control ferris wheel and the angry thrash metal passage of ‘Welcome To Hell’ that plays out like a battle charge into machine gun fire.

This theatrical instrumentation is a lot of fun, but as with Dry Cleaning, the vocals are a big part of what makes this band truly unique. Geordie Greep’s unusual accent and cabaret delivery make him stand out amongst his ramble rock peers (who can at times can sound a little too much like Mark E Smith and David Byrne impersonators). I do think Cavalcade featured a little too much serious jazz crooning from Greep, whereas Hellfire sees him balancing it out with more zany rapidfire spoken-word (arguably the only post punk influence left on this album). As for the lyrics, I absolutely love the wild narratives taking place in these tracks, even I haven’t yet worked out the relationship between all the kooky characters including Tristan Bongo and Freddy Frost. The stories are peppered with comical lines like ‘I could have been bald with a baby’ that demand you not to take it seriously, but there’s clearly a lot of depth in these lyrics too (closing track ‘27 Questions’ is a prime example, and is a truly epic way to end an album).

black midi also have a second vocalist Cameron Picton who provides singing on ‘Eat Men Eat’ and ‘Still’. His vocals do add some extra dynamics, but I personally feel they’re a bit weak, and they let the album down a bit. Picton is better off sticking to guitar, bass and keys on future records, as this is where he excels – let Greep handle the vocals. Otherwise, there are no faults with the musicianship here. In fact, it’s some of the most ridiculously talented musicianship you’ll here on a rock record this year. I can't imagine where they'll take their talents next.