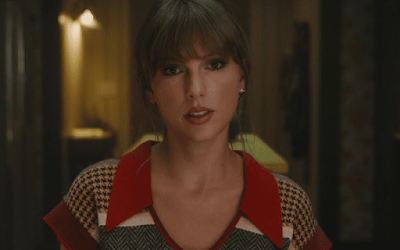 After several rock-heavy weeks, this one is decidedly pop-oriented. Taylor Swift, Sam Smith and Meghan Trainor have all dropped new music (it’s like it’s 2014 again!). Meanwhile, there are underground gems from MorMor, Loren Aronov and Mar Omin.

I haven’t always had the nicest things to say about Swift’s music on this blog in the past, but this is an MRJ-certified bop. After years of blaming exes, ‘Anti-hero’ sees Swift owning up to being the problem. There are some poignant lines here like ‘I stare directly at the sun but never in the mirror’ that show just how much she’s matured lyrically, and the 1989-flavoured synthpop production is simple but effective. Such a track feels refreshing in this era of hostile TikTok breakup anthems in which the ex is always portrayed as the villain in the relationship. Accountability is rare in pop nowadays, and I’m hoping we see more artists taking inspiration in the future – it may encourage more of us to look in the mirror.

This hypnotic track is the work of Toronto singer MorMor and is set to appear on his upcoming album Semblance. It features a steady bass riff and whimpered vocals that build suspensefully until they reach an abrupt explosion at the 1:30 mark. The tempo of this song isn’t particularly fast, but it really does make you feel like you’re racing towards something. There’s also something very eerie about how it sharply devolves into noise at the end and then cuts to silence like some fatal sudden car crash.

Loren Aronov is a singer who is also from Toronto - and she's only 14 years old! Her new single ‘Uncool’ is a melancholy pop song about the struggles of being a misfit. It's typical teenage subject matter, but she puts her own spin on it with some unique personal lyrics like 'all my friends are stuffed and on the shelf' and quirky production. It helps she's also got an incredible voice. All in all, it's an impressive song for an artist so young.

Amsterdam-born artist Mar Omin delivers this breathtakingly beautiful track set to appear on his upcoming debut album Extricate. I’m taken aback by just how well produced this track is and how many styles are weaved into it – it features cinematic strings, folksy guitars and Moby-like electronica, and it’s all done masterfully. The vocals however are really what sell this track. They’re soft and delicate just like a little bird, fluttering at first over the folky guitars and then soaring once the electronica comes in.

This song is currently number 1 in the charts. I had my reservations going into it, because I’ve never been a big Sam Smith fan, but wow - this is a banger. The metallic percussion in the beat has a hyperpop flavour and the phrygian vocal melodies give it a dark but seductive vibe. Kim Petras's breathy voice also provides some nice dynamics.

‘Made You Look’ - Meghan Trainor

Alright Meghan, yes, you made me look – and you made me listen – and I’ve gotta say, this is not half as annoying as ‘All About That Bass’. However, you’ve still not converted me (why am I writing this in the second person? She’s not going to read this!). The whole urban doo wop sound feels tacky at this point, and I’m sick of all the Gucci and Versace references in pop.