Review of 'I Love You Jennifer B' by Jockstrap 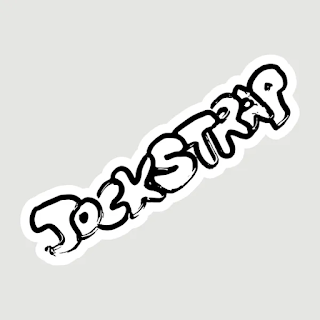 As much as I’ve enjoyed the recent wave of wacky London spoken-word post-punk bands, the market has been getting a little saturated recently. It’s time for a new type of wacky London band to emerge – one just like Jockstrap. They’re an experimental duo made up of singer-violinist Georgia Ellery (also a member of Black Country, New Road) and electronic producer Taylor Skye. Their exciting genre-bending sound is hard to put into words, but I will try my best (because otherwise what would be the point of this review?).

Both classically trained musicians, Georgia and Taylor met at Guildhall School of Music and Drama in 2016 where they formed Jockstrap. The band were inspired by Tchaikovsky, who famously wore nothing but a jockstrap while composing. Okay, I made that up – they actually chose the name simply for the ‘gross shock factor', and just like their rambunctious sound it seems to be a rebellion against their classical roots.

Their first two EPs saw them trying everything from experimental hip hop jams to piano pop ballads. On their debut album I Love You Jennifer B, they’ve come a bit closer to forming a core sound – an electronic indie hybrid that sounds like Regina-Spektor-meets-Arca with maybe a hint of Radiohead. Throw some Bollywood strings in there too. Did I mention there’s a 90s rave tune in the mix? Basically, their music is just as chaotic as it was before.

And that’s kinda what makes this album so damn fun: you haven’t the foggiest idea where each track is going to take you. Most of the tracks start off similarly in a soft and twinkly twee pop manner, but then take an unexpected turn. Opening track ‘Neon’ for example suddenly dives into an abrasive section of distorted guitars and industrial drums. ‘Concrete Over Water’ throws in a squiggly synth drop topped with some military snare. And as already briefly alluded to, ‘Debra’ turns into a Bollywood score with Kill Bill sirens.

Other tracks are a bit more uniform in their sound such as ‘Greatest Hits’ (which sounds like a lost Donna Summer hit from the 80s) and ‘50/50’ (which is a Prodigy-flavoured rave number). However, they’re still far from predictable. While there are no wild genre shifts, ‘Greatest Hits’ still has some pretty warped production and out-there lyrics (e.g. ‘Imagine I’m thee Madonna/ Dressed in blue/ No! dressed in PINK!’), while ‘50/50’ launches into a surprise breakdown of descending chopped vocals topped with one of I Love You Jennifer B’s catchiest hooks: ‘I gotta go, gotta think about that (she’s 50/50!)’.

Such albums like this can run the risk of sounding too scatterbrain, but I think Georgia Ellery’s voice and lyrics hold it together. While she does play around with her vocal delivery a lot on this album, her Regina-Spektor-like whisper-sung delivery is still the default and it helps ground the constantly morphing production. The lyrics throughout meanwhile seem to be about coming of age with recurring themes of sex. In fact, there’s a surprising amount of twisted sexual encounters in these lyrics from ‘for the first time/ I like it when he's inside’ in ‘Greatest Hits' to ‘I touch myself every time I see what’s missing from my life’ in Glasgow. This theme of confused horniness helps to tie together the tracks, while also matching their hectic energy. In fact, many of the tracks feel like confused sexual adventures in that they’re both pleasurable and alarming at the same time.

Of course, the thing that really makes this genre-meddling album so great is that fact that Jockstrap are able to expertly pull off each style of music they delve into, while also bringing something new in each case. It doesn’t feel like they’re amateurishly taking stabs at different genres, or trying hard to mimic certain artists. Instead, they’re able to take their wide range of influences and take them to places you never imagined. This results in a lot of thrills, and has me excited to see where they’ll go next.