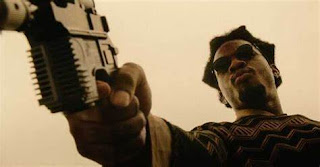 I’ve already shared my least favourite songs of 2022. Now it’s time to celebrate the best songs of the year (always a much more enjoyable list to make!).

I listened to thousands of tracks this year. Below are the tracks that I loved the most. As always, I’ve provided a little explanation as to why I love each song, which you don’t have to read. IT’S A FREE WORLD. Except in North Korea. And Turkmenistan. And quite a few other countries. Let’s get on with this list, shall we?

Nobody wants to be the first one to kick the bucket in a relationship. Australian art pop singer Montaigne takes this gloomy subject matter, and turns it into a cute and chirpy hyperpop love anthem. The production is so infectiously bubbly and it perfectly fits the ‘bubblewrap you, baby’ hook.

‘Plum Gut’ opens with a stampede of horses (is that a guitar making those whinny sounds???) and then takes us through a labyrinth of fidgety riffs, frenetic drums, synth swells, alien vocals and scary glitch-outs. It’s certainly one of the most playful rock tracks of the year.

Boston band Guerilla Toss’s new art pop album Famously Alive is full of upbeat and life-affirming songs. This is my favourite of the bunch – the song is a simple yet euphoric sugar rush made up of blasts of glittery synths, powerful stomping drums and sparse breathy vocals.

I love it when collaborations bring out the best in both artists. ‘Picture In My Mind’ sees Sam Gellaitry and PinkPantheress merging their two distinct bedroom pop sounds together – PinkPantheress’s delicate hypnotic singing is the perfect match for Sam’s upbeat pillowy production.

There’s no shortage of post-punk bands out there with unhinged vocals. However, no band takes these vocals to such extremes as garbling Glasgow group Humour. ‘Pure Misery’ features some of the most creatively chaotic vocals I’ve ever heard. The lyrics meanwhile are a fun dig at the idea that the frontman always has to have something profound to say. Extra points for the wild video too.

This is one of the most rhythmically-baffling riffs that Meshuggah have composed. And yet it’s also one of the Swedish metal band’s most headbangable tracks to date. The drumming is absolutely mental (especially when those rolling snares come in). It’s been my 2022 go-to track for when I need something ultra-heavy.

‘Washed Away’ does a lot with a little. The beat is literally just three synth chords. Kelela meanwhile spends a good chunk of the track doing vocals runs. Despite this, the whole track feels impressively vast. Kelelas voice feels like it’s been delivered from a clifftop over the ocean and the synths roar like waves beneath.  The video makes it feel even more immense.

Father John Misty delivers some of his most dense and vivid lyricism to date in this gloomy closing song from his new album. The instrumentation has an ominous quality that gives it an end-of-the-world feel. I also love how he (SPOILER ALERT) ambushes us with that wailing distorted guitar solo half-way through.

‘10 More Commandments’ is pretty much a revised version of Biggie’s ‘Ten Crack Commandments’. However, it’s arguably better than the song that inspired it – Benny’s pep talk bars are delivered in such a conversational manner that you almost forget he’s rapping, and some of the lyrics feel like they could apply to various walks of life.

This song is all over the place in the best possible way. The track jumps from one frenetic riff to the next while making it all sound seamless. There’s some cinematic horn blasts and even a thrash metal section towards the end. Geordie Greep’s theatrical sprechgesang is meanwhile suitably zany and at times even profound ‘to die for your country, does not win a war. To kill for your country, is what wins a war’.

‘We Cry Together’ is not an easy song to listen to it. In fact, I don’t think I could have chosen a more challenging song off of Kendrick’s new album. But what a creative and powerful concept for a song! The track takes the form of a back-and-forth f-bomb-laden argument between two incredibly toxic partners played by Kendrick and Taylour. It’s as much of an acting performance as it is a rap song. The off-kilter piano sample in the beat is the cherry on top.

Criminally underrated artists Duckwrth and Syd show just how to craft a hip hop song that’s sexy AND sophisticated. The groovy neo-soul beat, Duckwrth’s buttery singing and the seductive half-whispered verse from Syd all result in the ultimate babymaking anthem.

100 Gecs’ noisy hyperpop sound is usually too obnoxious for me. But the kooky guitars and goofy lyrics in this song are so fun that I’ve found myself continuously coming back to this song. The auto-tuned ska chorus is even enjoyable. I’d love to hear more of this rock-based stuff from them.

7. ‘The Wrong Side of History’ – Regressive Left

‘The Wrong Side of History’ is a 7 minute dance-rock epic narrated from the perspective of a man realising that his views align with the wrong side of history. The kooky vocal delivery combined with lines like ‘OH GOD! I’m becoming a meme’ result in a comical piece of social commentary. It also has an incredible instrumental build-up that reaches a satisfying Bowie-flavoured climax.

This jazz-soul collaboration between Domi & JD Beck and Anderson Paak hits the spot every time. The mix of different vocals styles works really well – the precise vocal harmonies of Domi & JD Beck make for a nice contrast against Paak’s freer earthy delivery. It also features some insanely gorgeous instrumentation and an excitingly frantic outro that comes out of nowhere.

‘Bull Believer’ is a song about no longer being able to take the sheer amount of cruelty in the world told through the metaphor of watching a bull fight. It’s an intense eight minutes of shoegazey grunge topped with some truly unique yodelling vocals from Karly Hartzman that threaten to veer off-key at any moment but somehow always land on the right note. That is right up until the end when the song finally falls apart in the most dramatic fashion possible, featuring Mortal-Kombat-inspired screams of ‘FIIIINIIIISH HIIIIM’ over cacophonous walls of guitar.

This track is even more thrillingly brutal than the last. It features suspenseful spoken word over sludgy metal guitars that are grotesquely heavy. Lyrically, the song is an attack on homelessness, consisting of exasperated yells of ‘Why do people have to live outside? WHY!!!’. The lyrics are extremely direct. In fact, they’re so direct that they border on being ridiculous. And yet there’s so much pure rage in the delivery and just the right amount of sardonic humour that it works as a convincingly horrifying protest song.

Many of my favourite songs this year have been outpourings of frustration at the shitty state of the world. ‘Walkin’ is another prime example of this – it’s a song about keeping moving in spite of all the crap the world continues to throw at us. Denzel’s intense non-stop delivery really matches the subject matter. The track also features hands-down the best beat of any hip hop song released this year (the tempo change half-way through is mental!!!).

London experimental duo Jockstrap are the definition of ‘undefinable’. Their latest album flirts with almost every music genre under the sun. ‘Concrete Over Water’ is my favourite track. It begins as a Paul McCartney-esque ballad with gorgeous vocals and interesting chord choices. But then it throws in a surprise squiggly synth ‘drop’ (for lack of a better word) topped with military snare and epic strings. There’s nothing else out there that sounds like this.

‘Billions’ is such a bizarre pop song that it feels like a glimpse into the future. In fact, I’m convinced it’s been transported back in time through a portal. At the beginning, it appears to be a song about being in love with a billionaire, featuring some brilliantly eccentric lines like ‘sexting sonnets under the table’. But as you delve deeper and further into the lyrics, you realise the subject matter is much more cryptic (what on earth does ‘headless angel, body upgraded, but it’s dead on arrival’ mean??). Caroline’s vocal delivery is equally weird and hypnotic – there are all kinds of glitchy effects throughout and her voice drops an entire octave in the second verse, all while remaining infectious. If all of this wasn’t already unique enough, there’s then the production, which is an otherworldly mix of crispy electronica and dreamy choir vocals. It’s just a fascinating song all round.