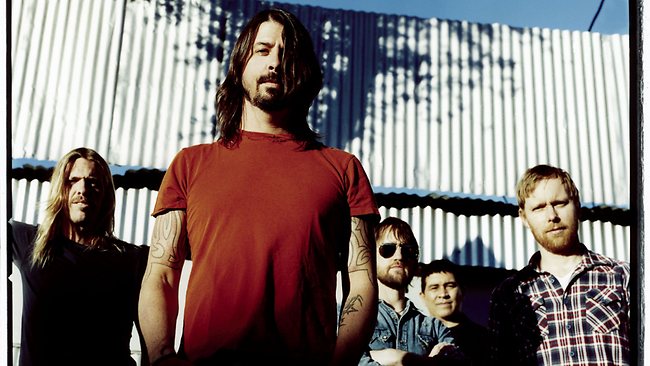 What a week for music! Taylor Swift’s been shaking up the album charts with the first platinum record of the year. Young Fathers have surprised everyone with a Mercury Prize win. Daniel Radcliffe has been dropping bars on The Tonight Show. Plus, RTJ2 - my most anticipated album of the year - has dropped (a review will be coming later, don’t you worry).

There’s been barely enough time to listen to new singles. Fortunately, I haven’t had to do much digging around. The tracks have been coming to me and here they are - the best and the worst.

'The Feast and the Famine' - Foo Fighters

First to make it into this week’s ‘the best’ category (yes, pun intended), is this alliterative entry from everyone’s favourite rock band. I wasn’t too convinced by the group’s last single, ‘Something from Nothing’, but this new track is classic Foos. The guitars are sounding fast and arena-sized and Grohl is on the money yet again with a killer chorus.

This deep house tune from Les Sins (alter ego of US chillwave artist Toro y Moi) is one of the wooziest tracks I’ve heard in months. I feel positively drunk listening to it, but then again maybe that’s just the absinthe I’ve been glugging away at. (IT HELPED HEMINGWAY TO WRITE, SO WHY NOT ME TOO?)


Istanbul-born, New-York-based singer, Sirma, has been receiving the title ‘Turkish Bjork’ from many critics and fans. Her music’s definitely got that slight avant-garde edge to it as demonstrated in this single. The faintly creepy guitar in the verse is what drew me in. Halloween is nigh. Creepy songs ought to be popping up everywhere.

'To me, To you (bruv)' - Tinchy Stryder ft. The Chuckle Brothers

I keep rewatching this video just to check I didn’t dream it up. The Chuckle Brothers, for those of you too young or too old to remember, had a kids TV show in the 90s. Now they’re making grime music with Tinchy Stryder. I lost it at the end when the pair started busting moves in the street. Paul, Barry and Tinchy are all great sports.

There’s nothing like a spot of feelgood indie funk to cheer up these grey autumn days. I strongly advise checking out the music video, as it will blow your mind. Apparently, it took over 50 takes.

'Drown' - Bring Me The Horizon

Stop with this whiny emo bullshit, reclaim your testicles and start making metal again. The noughties are over.
Posted by Alasdair Kennedy at 17:46:00
Email ThisBlogThis!Share to TwitterShare to FacebookShare to Pinterest
Newer Post Older Post Home
Follow @AlasdairKenned1