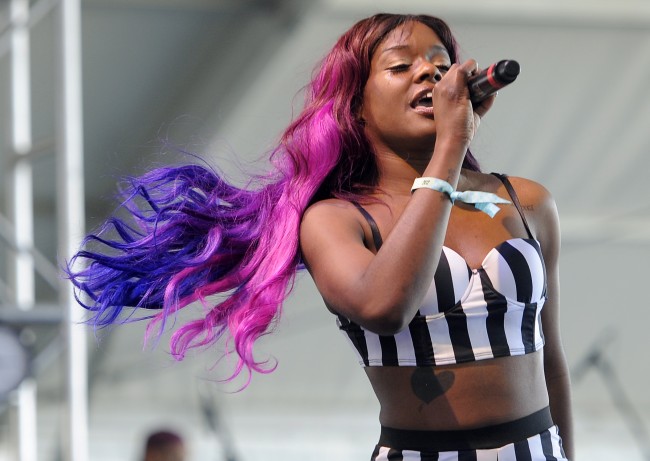 As the weeks go by I find myself discovering less and less crap and more and more good stuff. For this reason, there are five tracks in 'The Best' category this week, and only one track in 'The Worst'.

After dropping two uninspired club anthems ‘ATM Jam’ and ‘Heavy Metal and Reflective’ I was beginning to worry Azealia had lost her mojo, but now she’s brought back the soulful singing and nostalgia-soaked synths of her 1991 EP along with a killer catchy chorus, resulting in a track that’s pure gold from start to finish.

The early noughties vibe to this track is undeniably feelgood. It’s a pity this fantastic summer anthem is only gaining momentum now as we enter October. Watch the video to see a fat guy in speedos dancing on a beach (the thumbnail is deceptive).

Melbourne indie rock band, Mayfair Kytes, pull out some graceful folksy vocal harmonies on this track reminiscent of Grizzly Bear. There’s no such thing as an Autumn anthem but this is about as close as you’ll get.


One of the most experimental hip hop groups around, Clipping, serve up this new track featuring an everchanging instrumental sporting splooges of dissonant piano, trippy harps, a snake-charmer's flute and all manner of other creepy and dusty samples. Daveed Diggs, SB the Moor, Nocando and Open Mike Eagle all lay verses over the top. There's so much happening here its hard to know what to tune in on.


In the usual Mr. Oizo fashion, the French house producer creates a track that’s both addictive and yet incredibly annoying, consisting this time round of what sounds like the shrill ring of an office telephone. I was pretty sure I didn’t like this track on the first listen, but I keep finding myself returning to it.

'Turn up the Speakers' - Afrojack and Martin Garrix

This is house music at its most formulaic and generic. Turn down the speakers. You’re better off without this in your life.