Review of 'Garden of Delete' by Oneohtrix Point Never 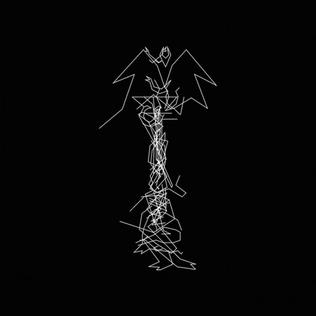 
Heard of Kaoss Edge before? Familiar with hypergrunge? Me neither. The general consensus seems to be that despite a Soundcloud account and a scary website with 90s graphics, Kaoss Edge don’t actually exist. Which means this album was influenced by a band that don’t exist.

Why try to fool us like this? Is Lopatin trying to screw with our sense of reality? Most likely, yes.

Artificiality seems to be the main goal of Garden of Delete – an attempt to make an album that sounds as unhuman as possible. It’s an album so artificial, even its influences aren’t real. Every track is a mass of cold synths, slathered in digital effects and often chopped and screwed to sound glitchy as if devised by a sentient computer. There are some vocals peppered throughout the album but they’re so distorted they might as well be robotic garbles (I was astonished to discover that this album actually had lyrics).

Fortunately, despite sounding so mechanical, Lopatin does seem to be showing an emotive side on this album that was less prominent in the ponderous ambience and MIDI-trumpet noodling of his last full-length. The sounds are more aggressive and industrial this time around, the sound of a cyber-creature but one with a soul if at all possible. His songs are artificial but alive, textures building and morphing in an exciting and utterly unpredictable fashion, ‘Mutant Standard’ being a prime example beginning with sharp techno pulses contrasted with giant glossy open swells before slowly erupting into a series of loud synthesizer arpeggios like some android Van Halen.

In fact, talking of Van Halen, there’s a lot of rock music flavours seeping through. Many of the synths on this album have been creatively engineered to resemble guitars in tone, whilst some of the percussion is vaguely metal such as the speedy kick drums on ‘Sticky Drama’.

Sadly, like all Oneohtrix Point Never releases, Garden of Delete can often be frustrating in its chaotic structure. Lopatin has never made electronic music for dancing to – if you tried it would most likely take the form of a seizure. His music is grooveless and devoid of hooks, which means that there isn’t much direction to cling onto. Things might be a little easier on the ear if Lopatin allowed more climaxes to his songs. ‘Mutant Standard’ clearly has this and is one of the better tracks because of it, whilst the other numbers seem to either abruptly cut out such as ‘SDFK’ or disappointingly trail off such as the closer ‘No Good’.

Clearly, Lopatin likes to tease his listeners, but he can get too carried away, sometimes never really offering a pay-off to all his winding suspense. If Garden of Delete is indeed a garden, then it’s a maze with no clear centre or way out. Some patient listeners may be able to enjoy it, but personally I need a climax, otherwise I’m left with blue balls.
★★★☆☆