The Top 10 Most Bizarre Christmas Albums 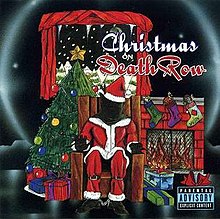 Tired of hearing the same Christmas songs year after after? Slade’s ‘Merry Xmas’ no longer invoking those feelings of festive nostalgia but rather encouraging feelings of PTSD? In need of some alternative yuletide anthems? Why not give these records a gander. The perfect accompaniment to your roast goose. Or roast turkey. Or roast ostrich if you're really dead set on taking this alternative Christmas thing to the next level.

Anyone familiar with Afroman will know his songs tend to stray a little on the naughty side. This 2006 Christmas album is no exception, each track centred entirely around either drugs, sex, crime or alcohol. Track titles include ‘Deck my Balls’ and ‘I Wish You Would Roll a New Blunt’. Buy this album for your eight-year old nephew.

9. Christmas on Mars - The Flaming Lips

Psychedelic rock band The Flaming Lips released a sci-fi movie back in 2008 accompanied by this kaleidoscopic soundtrack album. Why not lace this year’s Christmas pudding with LSD, put this on and let the trippy sounds consume you as you lay paralytic on the floor transfixed by the colour-changing LEDs on your tree. Fun for all the family.

8. Hung for the Holidays - William Hung

Failed American Idol auditionee William Hung sings traditional Christmas songs in a heavy Chinese accent. Is the album title ‘Hung For The Holidays’ supposed to be some kind of pun? I’m not really sure. 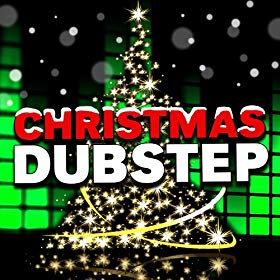 The perfect gift for your grandparents.

Who doesn’t like to be reminded of capital punishment around this time of the year? This 1996 compilation album contains g-funk renditions of all your favourite Christmas songs, plus some original numbers such as ‘Santa Claus Goes Straight to the Ghetto’. Snoop Dogg is on it. Santa most definitely bumps this in his sleigh.

5. Christmas in the Stars - Meco Monardo

Forget paying to see ‘The Force Awakens’ this winter. Spend your hard-earned cash on this festive album instead. C3PO sings hymns with guest vocals from R2-D2 and Chewbacca in this forgotten 1980 album. Undoubtedly the best thing to come out of the Star Wars universe, with the obvious exception of Jar Jar Binks.

Unbeknown to many, the late British actor Christopher Lee had a passion for heavy metal. Such was this passion that at the grand age of 80 he decided to pursue a career as a metal singer. This is one of two Christmas-themed metal EPs from Saruman himself. Take this to church and play it during Mass.

3. The Greatest Christmas Novelty CD Of All Time - Dr Demento

This aged novelty collection of Xmas tunes contains a diverse range of artists from the likes of Spike Jones to Cheech & Chong. There's even a fun rendition of 'Jingle Bells' as sampled above, remixed entirely out of dog woofs. Everyone loves dogs. Beautiful slobbering, noise-making, smelly creatures. They taste great with noodles.

'Real babies sing holiday classics' promises the text below the giant disembodied infant head on the album cover. And that's just what this album is - festive numbers remixed entirely out of baby noises. Everyone loves babies. Beautiful slobbering, noise-making, smelly creatures. They taste great with noodles.

So, your great-great -grandmother is an obsessive Arnold Schwarzenegger fan? But she’s already got a blu-ray copy of Jingle All The Way? It's a problem we're all familiar with. What else do you buy that beloved Terminator-quoting centenarian for Christmas? Here’s a hint – why not buy them this Christmas-themed Arnold-Schwarzenegger-themed thrash metal EP courtesy of San Diego band, Austrian Death Machine. Vocals come courtesy of As I Lay Dying frontman, Tim Lambesis. It’ll have your great-great-gran wind-milling her hair. There’ll be a circle pit in the retirement home lounge. And don’t tell me old people don’t like metal – just look at Christopher Lee.
Posted by Alasdair Kennedy at 06:16:00
Email ThisBlogThis!Share to TwitterShare to FacebookShare to Pinterest
Newer Post Older Post Home
Follow @AlasdairKenned1