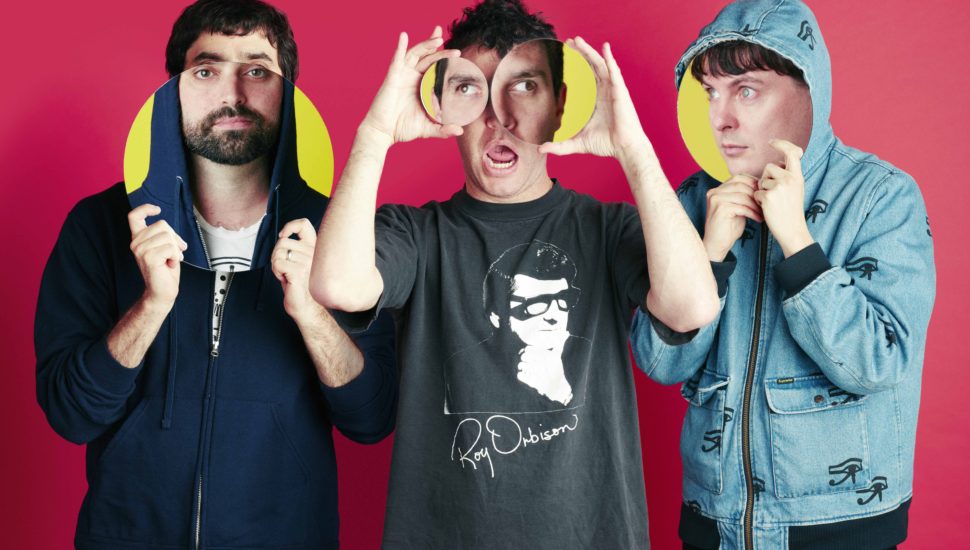 I apologise now for the lack of Kanye.


Commencing with a tribal drum beat and some banshee-like-screeching, I knew immediately that this track was going to a weird one, which is good because weird is right up my alley. This happens to be the opening track to the Boston ‘avant-rock’ band’s upcoming album, Crux. Check out my review here.


Boston is clearly a breeding ground for bonkers bands right now. This seven-minute rock number from Exploding In Sound signees Kal Max begins with some evil sludgy doom metal riffage before abruptly making way for lighter grungy rock. I wasn’t too impressed with the tired vocals – he sounds like he could do with some coffee. Saying that, he does seem to wake up towards the end of track. In fact, he starts screaming his lungs out. Too much coffee perhaps?


The bass reminds me of Rugrats. Except soaked in Animal Collective’s usual dose of psychedelia. Basically, acid-infused Rugrats.


It’s interesting that an eighties band would want to release what sounds like a nineties house anthem in 2016. Struggling to keep with the times? In any case, it sounds bloody awesome. Time to gather up my glowsticks, my raver bracelets, my pacifier and my smiley pasties!


If Alt J and Everything Everything had a baby it would sound like this (although quite how they'd reproduce is a mystery, considering both band are all dudes).


Did he just compare his girlfriend’s belly to Gucci Mane’s? Great, now all I can imagine is Macklemore spooning Gucci Mane.
Posted by Alasdair Kennedy at 08:32:00
Email ThisBlogThis!Share to TwitterShare to FacebookShare to Pinterest
Newer Post Older Post Home
Follow @AlasdairKenned1