Review of 'Painting With' by Animal Collective 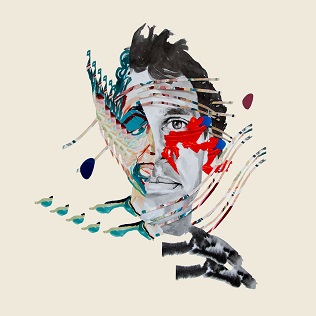 That’s the sound of me choking in case you were wondering. So fast-paced and busy is the Baltimore psychedelic pop-rockers’ latest album that there’s little time to breathe – and its brilliant!

I wasn’t expecting such a direct and smothering album. In the past, Animal Collective have always revelled in atmosphere, creating slow and trippy soundscapes that are anything but stuffy.

Centipede Hz, the band’s last album, was their first real attempt to up the tempo. However, it also saw the band making several questionable alterations to their sound, Noah’s clean barbershop vocals replaced with a slovenly Julian-Casablanca-impression, whilst also trading ambient build-ups for messy indie-rock-in-a-blender noodling.

In comparison, Painting With feels a little more familiar, the cleaner barbershop-style vocals making a comeback on top of synth-heavy instrumentals similar in tone to Panda Bear’s recent solo work. And instead of jumbled experimental meanderings, we’re getting actual songs this time with choruses and verses.

Not that this album has anything to do with BDSM. None of the songs are remotely sexual or adult. If anything the unique palette of sounds that Animal Collective are painting with on Painting With is cartoonishly child-like. The squelching synth-bass on many tracks reminds me rather sweetly of something out of a nineties Nickelodeon programme, whilst numbers like ‘Hocus Pocus’ have a Nintendo-esque backdrop. Then there are the acrobatic vocal harmonies layered on top, undeniably some of the band’s most playful and creative to date. Recorded in same studio that Brian Wilson used to record Pet Sounds, it’s safe to say The Beach Boys are a major influence.  However, even these surf rock icons’ harmonies seem amateurish in comparison to some of the wizardly vocal arrangements going on here. Just listen to way the rising and falling wails overlap at the end of ‘On Delay’. And the way in which syllables are relayed back and forth on ‘Hocus Pocus’ with the speed of an Olympian table tennis game.

Admittedly there are times when the band repeat the same motif a little too often. The squelchy synth bass makes an appearance on almost every track, its interesting texture growing tiresome by the time 'Golden Gal' comes around, whilst the ping-pong vocals are similarly repeated on multiple occasions losing all novelty by the time they're recycled on ‘Recycling’.

These moments of déjà vu are thankfully few and far between, and there is enough sonic variation otherwise to keep the momentum up. ‘The Burglars’ for example introduces some speedy singing and a loopy old-timey synths into the mix, whilst ‘Bagels in Kiev’ has a chilly wintry feel about it to contrast the rest of the album's mellow, sunny mood.

Overall, the pace could be a little more mixed (the first real breather comes at the opening of the last track). However, otherwise Painting With feels anything but monochrome in its approach, bursting with colour from start to finish.