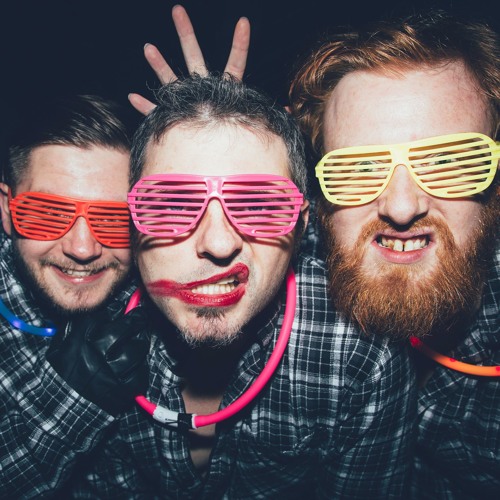 They're a balmy band from Burnley known for regularly playing gigs in their pyjamas, as well as producing their own zine. The group also has a new EP out. It's currently on sale on Music Glue for the minimum sum of £1,000,000.

Are you familiar with an implement called a damp detector? According to the group, it’s ‘a tool for detecting the dampness of genitalia and walls’. It’s also the title of their new odd and exciting EP, which you can stream below for free. Or you can buy it if you're Bill Gates.


Needless to say, this is a group with an equally deranged sound. Opening with 'Man Up', the first track soon sets the tone with it's twangy guitars and reverb-drenched-Flaming-Lips-esque vocals, the chorus breaking briefly into Obituary-style-death-metal like it's nothing.

The group aptly describe their sound like so: ‘we are the feeling you get when you first dip your knees into a warm bath; the exciting shudder you develop when peeing after a long and arduous bus ride.’

All in all, these guys are a bunch of absolute nutters. In other words, they possess everything I look for in my music (it helps that their music is also impressively creative, fantastically hilarious and alarmingly catchy).

Eager to get a little more intimate with the band, I decided to arrange an interview, the comical results of which can be found below...

So firstly, I’m curious about the band name. Where did it come from?

AHH (All Hail Hyena!): A dear, dear friend lost a baby to a hyena attack on a safari holiday. The name is a tribute to her fallen child.

AHH: Hyenas are scavengers and work in packs much like ourselves.

I’m loving your demo, Damp detector! You guys have a really unique sound. Who are some of the musicians that influenced you?

Who are some of the musicians that didn’t influence you?

Damp Detector is currently on sale for the small sum of £1,000,000! I just checked my pockets and realised I don’t have that kind of money (although I did find a fruit pastille from a couple months ago). Is there any other way for fans to purchase your EP?

AHH: No but come and watch us and we might have some there...they come free with our Hyenazine but we do a limited run of 20 issues so when they're gone...well, we print 20 copies of the next issue.

Having had a brief stalk through your Facebook profile I see that you recently went to Abbey Road studios. What was that like?

AHH: Cool as fuck...we met up with OSSIC who are developing some revolutionary audio headphones. It's an adventure that's just beginning and we are blown away to be a part of it. We also sniffed the seat John Lennon supposedly sat on. In the toilets.

AHH: The one gig at that one venue with all the nudists and killer bees. A six-foot tall metal fan asked us to take off our pyjamas. We'll leave the rest to your filthy imagination.

You guys have your own zine. What’s in it?

What does the future hold for All Hail Hyena?


AHH: Jetpacks and an adventure into an audio revolution with OSSIC. And world domination of course.