Review of 'Lust For Life' by Lana Del Rey 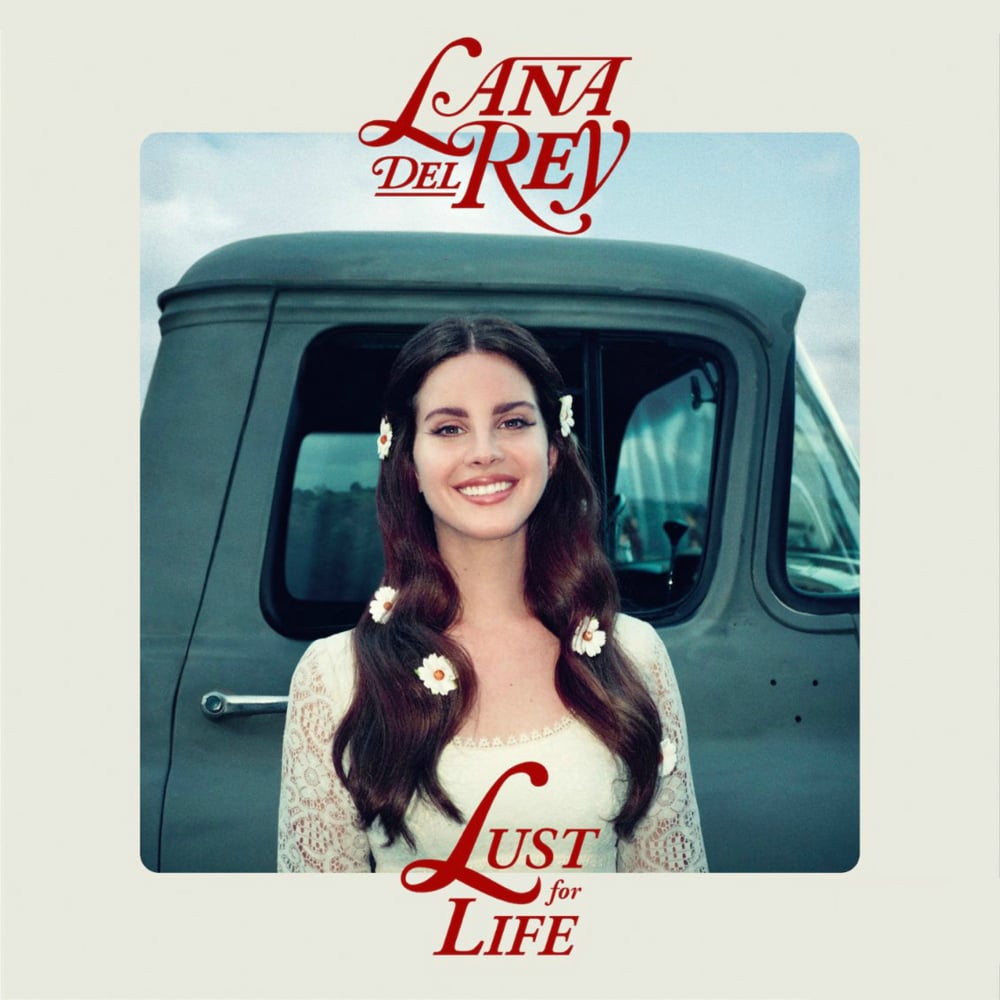 While the rest of the world has grown more pessimistic over the last year, pop's most forlorn femme fatale has rather ironically decided to cheer up. She's even managed to break a smile on the album cover (something I didn't think she was capable of). The album title 'Lust For Life' even has an optimism to it.

But fans of her sad side needn't worry – she hasn't embraced ukuleles just yet. Most of these tracks revolve around familiar melancholy tales of unrequited love. However, there are rose-tinted glimmers of joy this time around. ‘When The World Was At War We Kept Dancing’ is a rally to keep on being happy in spite of discouraging current events, whilst closing track ‘Get Free’ sees Lana singing ‘I want to move out of the black into the blue’ with a sense of joyous liberation.

Sure, there could be a sly cynicism behind it all – it’s hard to tell with Lana – but even so it’s given her lyricism a new dimension. This makes this album a lot more enjoyable that its predecessors.  It’s also a lot more instrumentally interesting.

2014’s Ultraviolence wasn’t just depressing but impressively dull largely down to its drab production. Honeymoon contrastingly saw Lana embracing a Bond Theme-esque backdrop of exciting orchestration topped with smoky crooning in the style of Dusty Springfield. Now on Lust For Life, the instrumentals are even more diverse, swinging between huge string sections and raw pianos. The instrumentals even dabble in hip hop on ‘Summer Bummer’ and ‘Groupie Love’.

The vocal guests are unfortunately a disappointment for the most part. Whilst A$AP Rocky's performance is average, Playboi Carti’s auto-tuned whelps on ‘Summer Bummer’ are plain irritating. Stevie Nicks meanwhile oversings her duet with Lana as if trying to outdo her younger version, whilst Sean Ono Lennon just sounds like he’s trying to be his dad (can’t kids of famous musicians carve out their own sound?).


Fortunately, Lana’s newfound vocal agility makes up for the one-dimensional guests. 'White Mustang’ and ‘In My Feelings’ are some of her most beautifully sung ballads to date, whilst the chorus of ‘Get Free’is her most sunshiny (even if the opening chord progression is ripped straight from Radiohead’s ‘Creep’ - but whatever, it's a beautiful chord progression).
★★★★☆