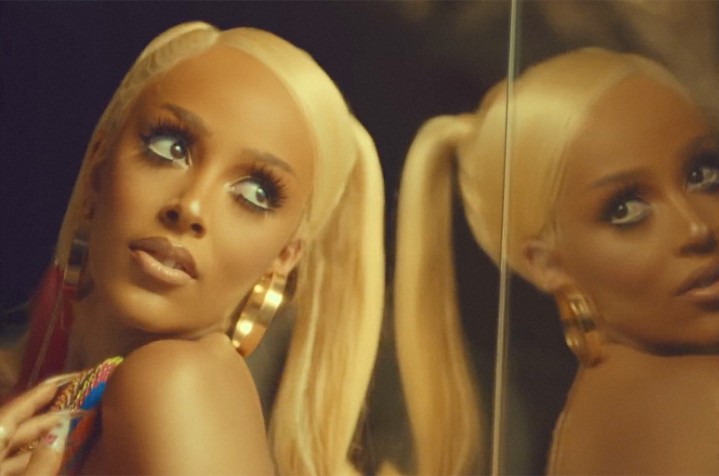 A few songs to listen to while you’re self-isolating.

Doja Cat has gone disco. In fact, it’s quite hard to believe this is the same artist that was rapping about cows two years ago with French fries stuck up her nose. Initially, I wasn’t going to feature this track because there’s enough disco revival already out there, but the hook has ingrained itself in my brain and the video is so hot that's it got the UNFCCC worried.

French experimentalist Gautier Serre (aka Igorrr) combines arguably the two noisiest genres – metal and breakcore – on this new thrilling track ‘Very Noise’. The closest thing I’ve heard to this is Vein’s Errorzone, which was a metal album that dabbled in breakcore. This is a much more refined mixture of the two genres and I’m definitely feeling it. The wacky visuals make the whole thing even more mental.

Moon Panda describe themselves in their Twitter profile as ‘dreamy space pop for dreamy space people’. This new single is inspired by the latest Tarantino movie Once Upon A Time In Hollywood and comes off their upcoming EP Make Well. Both the smoky chorus and the sweary track title are very Lana-Del-Rey-esque. The punchy bassline meanwhile sounds like something that could be off the Arctic Monkeys’ AM. Moon Panda were due to be performing at SXSW, but the festival has now been cancelled because there’s apparently some bug going around.

Indie-dance three-piece Glass Cristina drop this funky new single, which sounds like a crossover of Jungle and Foals. It builds up from some slow synths into a satisfying house beat with some groovy bass in the background and sparkly keys over the top. Masked dancers and Mayan pyramids make up the mystic video, as well as some odd shots of the band members (I’m loving the Jesus beards. Are they supposed to be singing out of time at the one minute mark?). The track comes off the group’s new album Nudity, which is scheduled for release in May.

GUM is the solo project of part-time Tame Impala member Jay Watson. This new single ‘Out In The World’ sees Jay taking a less synth-heavy direction than in the past – it’s made up of glossy guitars, a simple driving bassline and some wistful vocals with a soaring chorus. According to Jay himself, ‘it started off as a jangly 12-string folk sort of thing, before morphing into my version of Fleetwood Mac meets Cleaners from Venus’.

Perry is pregnant and she’s dropped a melodramatic ballad about marriage and the future (she’s also recently got engaged). Personally, I preferred the fun and cheesy ‘Harleys in Hawaii’, but you can bet this slow soppy single will be the one that gets all the airplay.