Review of 'Changes' by Justin Bieber 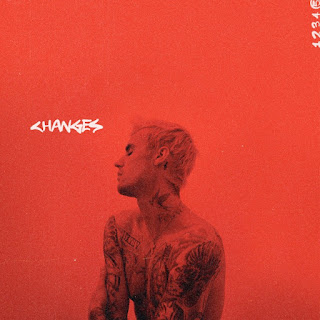 Bieber’s attempt at a sexy r&b album has failed to turn me on.

10 years ago, Justin Bieber was a mop-haired kid making bubblegum pop. It wasn’t socially acceptable to be a fan unless you were a teenage girl. But then that all changed – 2015 witnessed the evolution of Baby Biebs into Biebersaur into an inked-up adult making tropical-house-flavoured club anthems. Suddenly, grown-ass men were singing along to him in clubs and Vice writers were declaring themselves Beliebers.

Five years on and Justin Bieber is now a married man. Sparing us from a nauseating wedding-themed album like Chance the Rapper, he’s instead decided to celebrate the Christian perks of newlywed life. Basically, he’s now allowed to have sex and as a result his music is now sexual in tone. It’s the next evolution of Bieber – BieberXXX.

But is his newfound sexual lyricism actually sexy? As much as I tried to be seduced, no. ‘YUMMY YUMMY YUMMY YUM’ just doesn’t do it for me. It’s as if he’s regressed back into a child. And then there are lines that are contrastingly too mature like ‘heart full of equity, you’re an asset’. Millennials can’t relate to that #JustinBoomer. The rest of it’s just a bit bland.

But what about Bieber’s vocal delivery? Well, he certainly can sing and I was impressed by some of the falsettos on display. However, for the most part his breathy whispered inflections are indistinguishable from the cohort of other pop stars already out there. Besides from a couple hooks, most of it is fairly forgettable and failed to cause a stirring in the loins.

As for the production, there are no uptempo club anthems this time. It’s mostly innocuous slow trap-pop in the vein of a Drake record. There were a couple interesting beats that caught my ear - ‘E.T.A’ has some genuinely gorgeous guitars and ‘Running Over’ sounds like sad Wii menu music. It’s just a shame that the latter is ruined by a guest verse from Lil Dicky (I still haven’t forgiven him for ‘Earth’).

I don’t really have anything to say about the other guests. In fact, I don’t really have anything else to say about this album. After successfully reinventing himself five years ago, it feels as if he’s now lost his USP, resorting to being just another R&b singer like Chris Brown or Zayn Malik. This album is not as catchy, as vibrant or as personal as Purpose was. And it didn't make me want to rip my clothes off (which is my normal reaction to a sexy r&b album).
★★☆☆☆