Review of 'The Big Day' by Chance The Rapper 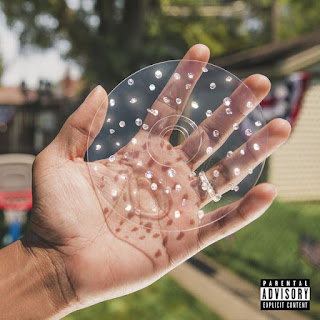 The Big Day is a big dud.

Chance the Rapper has recently got married. I know this because the Chicago rapper only happens to mention it one thousand times on his new album (which, by the way, is apparently his ‘debut’ album. What the hell have I been reviewing???).

I can’t say I’ve ever listened to a wedding-themed hip hop album before until now. In some ways, it’s refreshing to hear a rapper promoting commitment instead of sleeping around (in fact, there’s even an entire track dedicated to dissing side-chicks). The problem is that, in focusing so hard on the wonders of marriage, Chance ends up going the opposite way and creating an album that’s often far too soppy (the opening lines of ‘Let’s Go On The Run’ are absolutely nauseating).

Almost all 22 tracks of this album feature at least one bar about how crazily in love he is with his wife. I’m happy for Chance, but the PDA swiftly gets pukeworthy. He does spare one song ‘We Go High’ to talk about the turbulence of marriage, which makes for much more interesting and relatable listening. There’s some great wordplay in this song too including my favourite line ‘diamonds make pressure’. Were it not for the painfully croaky falsettos at the beginning, it could have been my favourite track.

Which leads to another problem with this album – Chance seems intent on sabotaging half of the songs on this album either through his goofy vocal delivery, a horrible guest feature or some banally dumb lyrics. It’s frustrating, because without these small details, most of these songs would actually sound pretty good.

Title track ‘The Big Day’ is a great example with its experimental slow-building production, but then some dude called Francis and The Lights turns up and starts angrily yelling over the track. It’s a happy song about his wedding day – why is there scary yelling? Meanwhile, ‘5 Year Plan’ starts with some great bars from Chance about the hardship of setting life goals - but then Randy Newman enters the track and starts dementedly bellowing ‘tiiime is coming’. And then of course there’s ‘Get a Bag’, featuring one of the most fun beats on the record, but completely squandered by the lyrics which are literally just ‘get a baaaag!’ yelled over and over again like some crazed supermarket checkout worker.

Fortunately, there are some diamonds in the rough. Opening track ‘All Day Long’ has some enjoyably bombastic production and reliably strong singing from John Legend, even if the puns are a bit weird: ‘my next tour got eight legs like daddy long’. ‘Big Fish’ meanwhile is an undeniably fun banger with a decent Gucci Mane verse and a catchy hook (it also refrains from being cartoonishly annoying like ‘Hot Shower’).

One thing that cannot be faulted is this album’s production and Chance’s flow – both of which are incredibly tight throughout the record. Unfortunately, it’s the small little details peppered throughout the tracks that ruin it, as well as the repetitive soppy lyrics about his wife and wedding that go on like a bad neverending best man’s speech.
★★☆☆☆