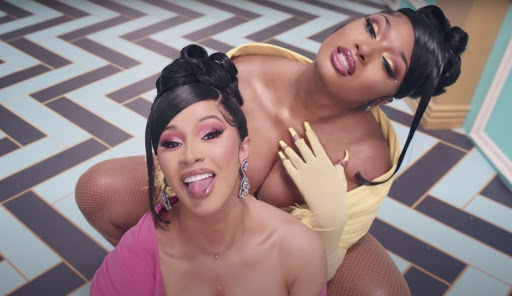 Is the new Idles track impressing me? Will I be wowed by 'WAP'? Can Corey Taylor captivate me?

Accompanied by a cool animated video, the Bristol punk rock band’s latest single is a scathing critique of idealistic village life, yelled out in standard slovenly IDLES fashion to raw-but-rhythmic guitars. According to frontman Joe Talbot: ‘I hated growing up in a city that was really a town that was really a fishbowl. I left as soon as I could, only to realise that the fishbowl didn’t exist… just the fish, and they’re everywhere.’ It’s the fourth single they’ve dropped off their upcoming album Ultra Mono (and my personal favourite so far!).

‘May Have Misunderstood’ – May Have

May Have · May Have (Misunderstood)

The descending bleep that plays throughout the song initially threw me off because it’s practically the same sound my wireless Beats make when they’re running out of battery. Aside from this small trivial detail, ‘May Have Misunderstood’ is a truly entrancing indie pop track. I’m a big fan of male and female vocal combos and the production is top notch. Look out for the band’s EP, which is dropping in a couple weeks.

This track from Connecticut artist Rosa Mystica is such a wild concoction of genres. Large synth washes sweep over a brooding backdrop of psychedelic guitars and lively drums. The quivering chorus meanwhile sounds like something Lana Del Rey would conjure up. The whole track plays out like a dark trip. It’s utterly hypnotic.

I don’t understand why people are getting outraged by the lyrics of this song. According to Google, ‘WAP’ stands for ‘Wireless Application Protocol’. What did everyone think these chicks were rapping about? THEIR LADY PARTS??? Y’all have a dirty mind.

A quick heads up - the video for this song is NSFW. That’s right old PC users: ‘Not Suitable For Windows 95’.

‘CMFT Must Be Stopped’ – Corey Taylor

This sounds like a bad wrestling theme. According to Google, CMFT stands for Computational Methods and Function Theory. They’re all rapping about computers this week!