Review of 'Music To Be Murdered By Side B' by Eminem 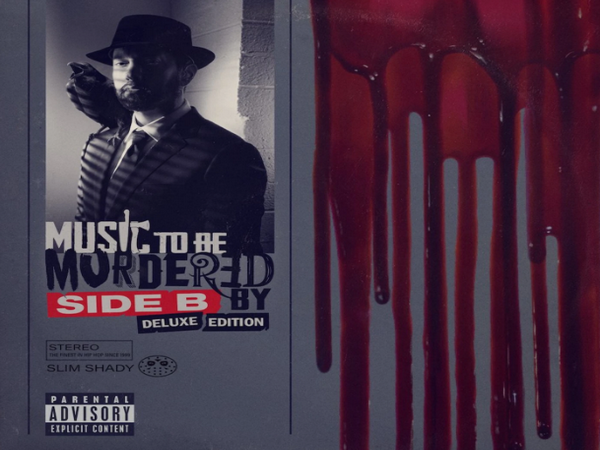 ‘I can rhyme orange with banana. Oranana’.

These are some of Shady’s silliest songs in a while. I mean that as a compliment. While I’ve enjoyed some of Em’s more serious songs in the past, he has a tendency to sometimes ruin them with melodramatic poppy choruses or tone deaf puns. This time around, he’s largely packed up the serious content – allowing him to get away with being as goofy as possible.

He's also become more self-aware of his potential to be corny. In fact, he audibly groans after delivering the ‘Bologna/ below knee’ homophone on ‘These Demons’. The ‘Key’ skit that meanwhile comes directly after is so intentionally awful and stupid that I burst out laughing. And then there’s manic track ‘Discombobulated’ which sounds like classic 2000-era Em with a hilariously silly ‘NO! (YES!) NO! (YES!) NO! (NO!) OH! (OH!)’ chorus.

The wordplay is very witty. While ‘Gnat’ does feel like an excuse to reel off Covid puns, the ‘Get em right off the bat’ line is one of the cleverer quips I’ve heard. And while ‘I can rhyme orange with banana. Oranana’ struck me as nothing more than a dumb line at first, it suddenly becomes a stroke of genius when you realise it could be interpreted as ‘or nana’.

Intended to be the Part B to last year’s Music To Be Murdered By, the record continues with the half-baked Alfred Hitchcock theme. While some of the tracks tie in with this theme, many of them don’t (much like Part A). Em is largely just ‘emptying his book of rhymes’, while exploring pretty much any sound or concept that comes to his head. This is one of the biggest issues with this record – why not make this a separate mixtape instead of trying shoehorn the Hitchcock theme in there?

The other problem is that - despite containing some of Eminem’s most entertaining songs in a while - the quality isn’t entirely consistent. The best songs are on the back end of the record, while the first half is a bit of a rough ride. ‘Black Magic’ is a bingo card of tired Eminem tropes: it’s a love story with a mushy Skylar Grey chorus that ends with Eminem going psycho and killing the chick (why does he always have to kill them?). ‘Alfred’s Theme’ meanwhile contains some pretty good bars but seemingly drags on forever, while ‘Tone Deaf’ features one of the crappiest beats I’ve heard in my life (plus the ‘ear infucktion’ bar at the beginning is just unnecessary).

Considering this is literally an album of B-sides, it's actually not a bad record. In fact, tracks like 'Discombobulated' and 'Gnat' are more fun than anything Eminem has put out in the last five years. As on Part A of Music To Be Murdered By, the quality of the production and the guests is also pretty decent for the most part. It's just the odd dud such as 'Black Magic' or 'Tone Deaf' that drags the album down, as well as the continued slapdash Hitchcock theme (please don't call your next album Side C).