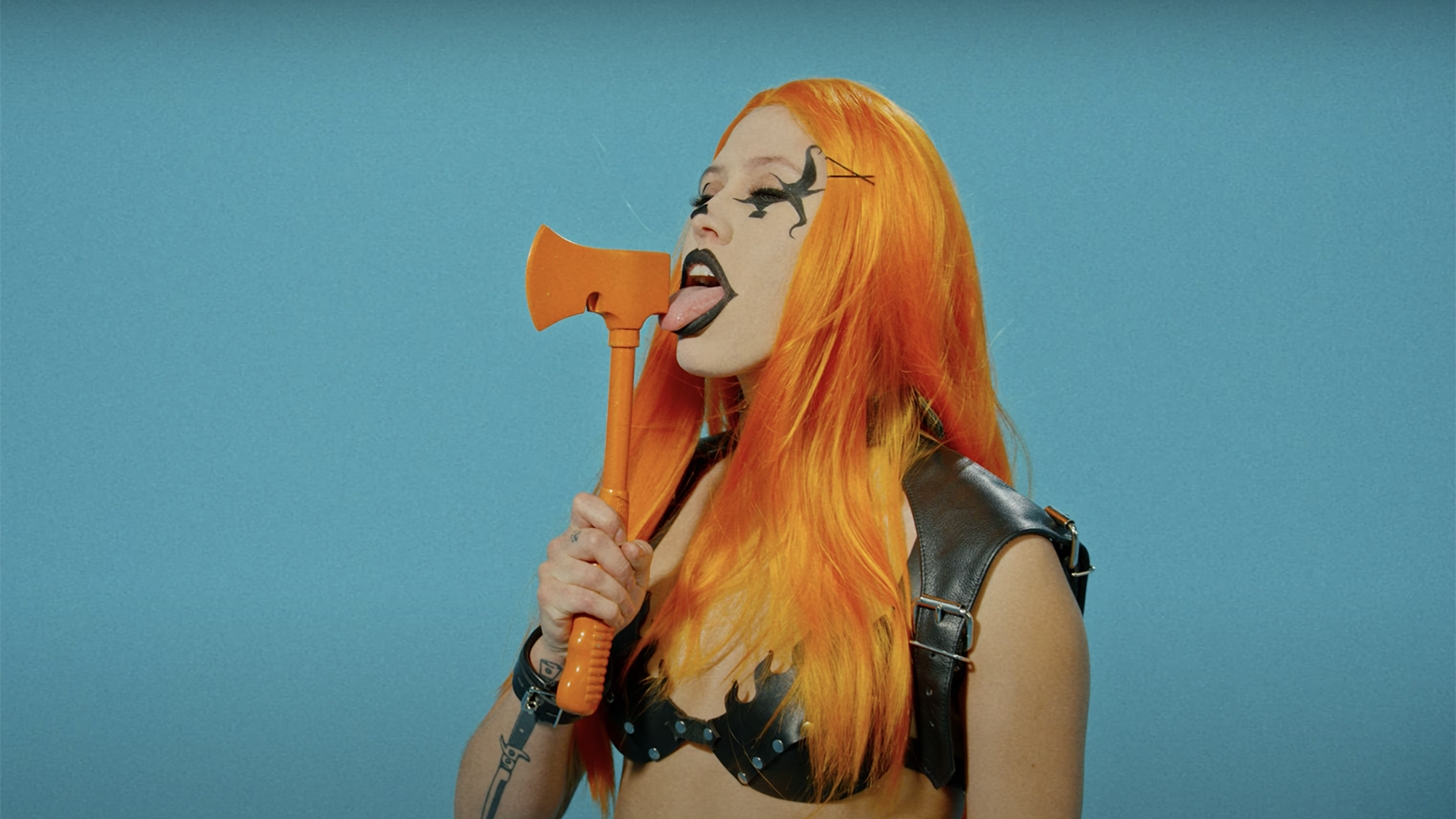 It's a mix of beauty and chaos this week.

My washing machine went into full spin while listening to this and I wasn’t sure if it was part of the track. With its frenetic percussion, jittery rhythm changes and distorted production, this latest song by Detroit hardcore punks, The Armed, is certainly very noisy. However, the band allow a shoegazey beauty to break through at points such as at 1:17. The guitar solo section towards the end meanwhile is both pretty and anxiety-inducing. Oh, and then there’s the video, which is just as gorgeously weird. The Armed have a new album ULTRAPOP coming out in April.

I’ve been on a post-punk binge recently and I've kept coming across the name ‘Squid’. I eventually decided to check them out – this is the Brighton band’s latest single and, my oh my, it’s quite something. The loopy vocals and haywire guitars that make up the first few minutes are already creative enough but then the song take a whole new psychedelic Willy-Wonka-boat-ride direction in which vocalist Oliver Judge incants the words ‘I’ll play miiine’ over a hypnotic bassline and swirling guitars that build and build until the whole song erupts. Guest vocalist, Martha Skye Murphy, provides soft spoken word which later evolves into blood-curdling screams over crashing cymbals. If the rest of the band’s upcoming album Bright Green Field is like this, we’re in for a treat.

Brisbane band L. Flora deliver this entrancing neo-soul song from their upcoming EP Heavenly. Jazzy guitars, warm keys, lush sax, raw drums and even some brief digital percussion makes up the ever-evolving production. Millie Khalu's voice is dynamic and playful and the lyrics (which use 'posion ivy' as a metaphor for jealousy) are surprisingly catchy. Overall, the band reminds me of Hiatus Kaiyote but with a modern r&b edge to them.

Montreal jazz/soul/r&b singer Andria Piperni continues to wow me. I've previously featured her singles 'Fresh Paint' and 'Above The Clouds' on the blog, which are both set to appear on her upcoming EP Who's Counting?. This latest track 'Settle' is a haunting ballad in which Andria's voice glides over some simple but beautiful chord changes. There's so much raw emotion in her voice - it comes out as one big dreamy sigh.

London electropop artist Rachel Kerry has collaborated with producer Intern to create this weird and wonderful experimental remix of her single 'ur so cute' (hear the original version here). The first minute is definitely not easy listening (parts of it sound like a corrupted MP3), however it slowly gets more accessible as Rachel Kerry’s bubbly vocals start to unglitch. The speedy pianos at the end even offer a melodic resolution to the chaos. Both the warped hyperpop production and the chirpy vocals remind me a lot of SOPHIE, but revved up a notch in terms of glitchiness.  It won’t be for everyone - but personally I want to hear more.

This mix is a complete mess. There’s way too much going on at 2:00. I can’t distinguish No Rome from Matt Healy. And the autotune on Charli XCX’s voice is unnecessary. I could go on, but we’ll leave it at that.