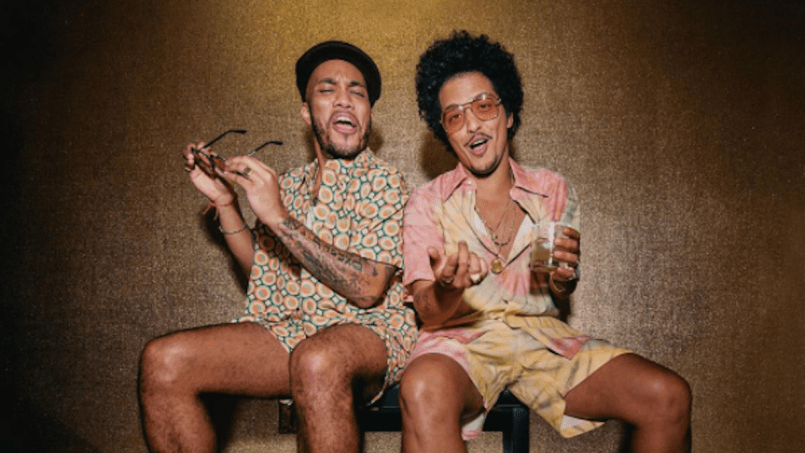 What do you think of Bruno Mars and Anderson Paak's new soul superduo?

While I’m a little sad to see the South African singer shelving her exciting Strongboi side project so soon, this new solo single ‘Dirty Mouth’ is a blast and more than makes up for it. According to Alice, this song was written as a: ‘a big smiling middle finger to all the men that have pulled me down’. Over energetic twangy guitars, she takes her usually vulnerable fluttering voice and injects a bubbly swaggering confidence into it, delivering powerful lines like: ‘My body fell asleep/ when they took it away from me/ but I got it back/ now I do what I like with it’. It’s accompanied by an infectiously feelgood video of her dancing and playing guitar on the beach. Her new solo album Glow is out on March 19th.

Bruno Mars and Anderson Paak have joined forced to create a new superduo, Silk Sonic. Their debut single ‘Leave The Door Open’ is, to quote Bruno Mars, ‘smooth like a newborn’ and takes inspiration from 70s Motown (an album has already been made and apparently features funk legend Bootsy Collins as a 'special host'). The production is fantastic and both Paak and Mars have never sounded so seductive. I’d certainly leave my door open for them (but given where I live, I’d probably just end up getting burgled).

‘The Heart And The Tongue’ – Chance the Rapper

This sounds so much better than anything that was on The Big Day. No goofy vocal deliveries or soppy references to his wife. Not a single one. Instead, it’s an all-bars-no-hooks masterclass in lyricism. These four lines alone contain so much to dissect: ‘Tying pigeons to giant peaches/ I want the beat to feel like diegesis/ I’m tired of politicians tryna sell us diet Jesus/ that’s like dialysis was tryna sell us diabetes’. A whole album of this, please.

‘The Bushiest of Beards’ – Jess McAllister

Featuring playful pianos and personality to rival Fiona Apple, this single ‘The Bushiest of Beards’ is very fun. The best singer-songwriters are not just good singers, but good performers – Devon-based singer-songwriter Jess McAllister definitely has this skill, evident by her ability to teasingly draw out a predictable line like ‘when I should have hit you with a baseball bat’ so that you’re clinging onto each word. Quite what the song has to do with bushy beards, I’m not sure. The track comes off of Jess’s latest album Courage/Fear, which you can listen to here.

Huw of Leeds alt-rock band KOYO (who I’ve interviewed on this blog) has a new side project titled Huwbergine. It sees him breathily singing over a bustling electropop beat with an explosive shimmering chorus (there are some guitars in there too!). I would never have imagined Huw’s voice would sound so good over this type of production. I’m definitely digging it!

‘Tell Me How’ - Tyler, The Creator

This song was recorded to accompany a Coca-Cola ad. I imagine it sounds better with the ad - it’s a bit too fidgety and meandering to serve as a standalone song.