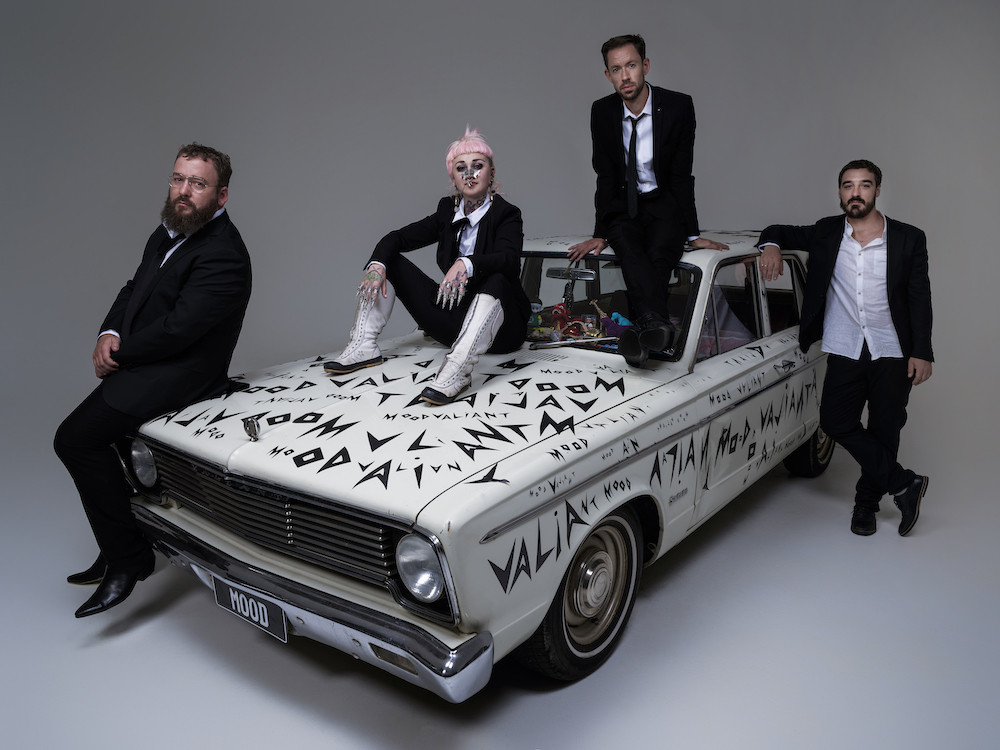 Music to move your body to and scratch your chin to.

It’s been a while since Melbourne future soul quartet Hiatus Kaiyote gave us new material. It’s almost as if the band has been … wait for it…  on HIATUS (I’m sorry). On a serious note, singer Nai Palm has been battling cancer (she’s cancer-free now), so that’s probably why we haven’t heard much from the band. ‘Get Sun’ is the group’s much awaited comeback single and was co-written by Brazilian composer/arranged Arthur Verocai. Nai’s voice sounds as agile as ever, weaving its way among the intricate tapestry of shuffling drums, groovy bass, twinkling pianos, soaring strings and vibrant brass. The whole song loses its form towards the end, becoming dreamily psychedelic. It’s an exciting glimpse into what we can expect from their upcoming album Mood Valiant.

I’m not sure I’d categorise this as ‘vaporwave’ per se, but let’s not get pedantic. This track is fucking gorgeous. Funky singer-bassist Thundercat never misses – those warm arpeggiated bass chords and silky ooh-oo-oo-oo-oo-oo-oohs provide the perfect backdrop for Chicago singer Ace Hashimato’s smooth melancholy vocals. Originally, this song was only available to hear on Ace’s Patreon page. He’s now streaming it freely on YouTube for a limited time. Listen now while you still can!

Brighton experimental rock band Squid have dropped another single from their upcoming album, Bright Green Field. It’s not quite the sonic mindfuck that ‘Narrator’ was, but it’s still very creative and lovably weird. Loopy sprechesgang vocals and warped guitars ride a racing digital drum loop. It speeds up at the two minute mark and then builds up to a blustery climax of rising guitar chords. It’s like someone took Talking Heads and injected them with mad cow disease.

Vancouver indie band Ludic have followed up their previous groovy single ‘Heart Emoji’ (which I featured here) with a new equally groovy track ‘Digital Release’. According to the band, it’s a ‘love letter to all things imagined – all the media, movies, video games, books and stories which allow us to let go of this reality and escape’. It’s refreshing to hear a song about digital technology that isn’t all gloomy and cynical. Imagine life without a 'digital release'. No video games. No YouTube. No social media. And most devastating of all, no Music Related Junk!!!!!!!!!!!!!!!!!!!!!!!!!!

With its relentless snare drum, jagged guitars and back-and-forth vocal delivery, this is one of the more chaotic tracks that Manchester art rockers Everything Everything have released in recent years. And yet, amongst the chaos, it still manages to land an absolutely infectious vocal hook: ‘supernormaleverything YOU’RE GOD DAMN RIGHT’. As for the surreal video, I’m still processing it.

The chorus is impressively annoying. The remainder of it sounds like a Paris Hilton b-side from 2006. And, to top it off, the artwork is hideous. Should have titled it 'so crap'.