BEST AND WORST NEW TRACKS OF THE FORTNIGHT 20/08/2021: The Weeknd, Denzel Curry, Injury Reserve and more... 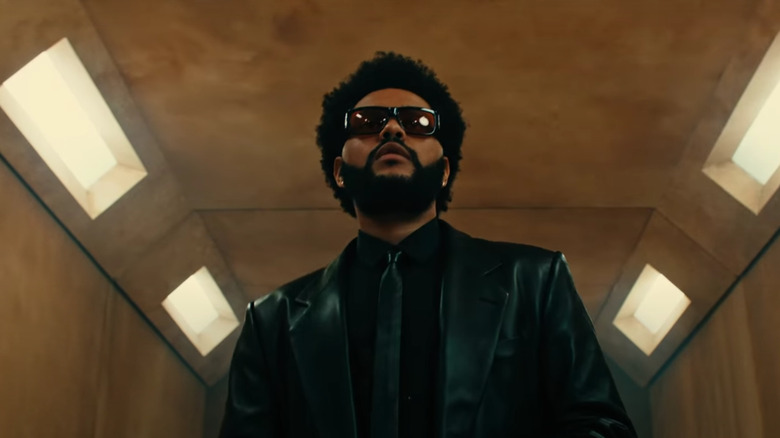 
‘Take My Breath’ – The Weeknd

The hook is stolen straight from Berlin and the synths sound like they’re straight out of the 80s too. But despite recycling old ideas, I can’t deny this is a bop. Abel’s vocals are very catchy and the production reminds me of the Blade Runner soundtrack - but disco-fied. The fact that all these pop stars are going retro does make me question the state of the pop industry, but I guess it’s better than singing over watered-down trap beats. Long live the 80s!

The last track I featured from Denzel Curry was pretty horrendous (I can still hear the puppet-like screeching now). However, it seems that the rapper is now back to reliably churning out bangers. ‘The Game’ features some enjoyably mean bars and a nasty beat (I also love the video game themed artwork). Now it’s time for The Game to write a song called ‘Denzel Curry’.

Arizona rap trio Injury Reserve were reduced to a duo last year after the death of member Jordan Groggs (whose cause of death remains a mystery). A new album is in the works, which may well be their last, and this single ‘Knees’ is set to appear on it. There’s a genuine sense of pain in this track both in the soulful singing of repeated lines like ‘and that’s a hard pill to swallow’ and the disjointed beat which feels as if its limping along. It takes on an eerie feel at the end with its reversed drones and overcompressed bass. All in all, it’s a pretty challenging listen, while also being strangely hypnotic.

This band doesn’t miss. Every track released from the Baltimore hardcore band’s upcoming album so far has been phenomenal. ‘Fly Again’ opens with serene fluttering pianos before diving headfirst into a killer punchy riff followed by yet another belter of a chorus. I’ve noticed that it’s the small embellishments that make their songs so interesting – the brief guitar solo, the wavering delivery of ‘be-hi-i-i-ind’ at the end and the phasered outro. That, and the fact that each song is so short, teasing you into wanting more.

This quirky pop song is told from the perspective of a psychopath. It’s singer, Laura Greaves, is apparently obsessed with true crime (which I’ve come to realise seems to be a fairly normal female obsession. My partner is addicted to serial killer documentaries. GUYS, WHAT ARE THEY PLOTTING?). Anyhow, this isn’t just your usual edgy pop song about being a psycho. Laura’s imagery and delivery feel a lot more sophisticated and I love the off-kilter production. The catchy chorus with its distorted guitars kinda reminds me of St. Vincent. All in all, it’s really fun.

Despite its sunny instrumentation and chirpy delivery, there’s something melancholy about this alt pop track that makes it really interesting. NYC singer Jordan Sommerlad apparently recorded the track in a historic home AirBnB in Ohio during the pandemic, which he states probably influenced the ’bittersweet nostalgic quality’.  The vocals from Lizzy Miller mesh really well into the sound.

They don’t make soul power ballads like this anymore. I feel like I’ve been transported back to the 80s when Luther Vandross and S.O.S. Band rules the airwaves. To be honest, such music usually isn’t my thing, but I was sucked in by the passionate vocal deliveries. The ‘you-ooo’ in the chorus made my hairs stand up.

It’s been 7 years since I first discovered Riff Raff and I still can’t work him out. Is his music satire? Do his fans enjoy him ironically? All I can say is that he was a lot more entertaining when he was dropping silly bars like ‘dyslexic in a four door mango lexus’ instead of the forgettable raps on offer here.