Review of 'Donda' by Kanye West 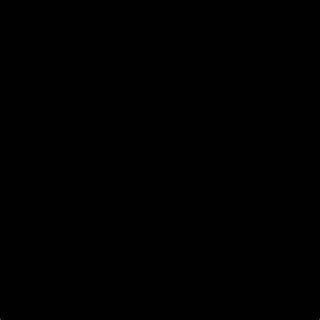 Despite the messy roll-out, the bloated tracklist (27 tracks???) and the non-existent album art, Donda is not the slapdash slog I expected it to be. In fact, there are some solid and spectacular songs here.

Back in 2018, Kanye dropped his most raw and intimate album to date, Ye. It was the first time I was able to connect to Kanye on a personal level. I hoped that this more introspective angle would be the trajectory going forward - but then Kanye found God. His follow up album JESUS IS KING was a Christian rap album that traded personal subject matter for happy-clappy sermons. I’m not a religious person, so all the songs about God being great did nothing for me. On top of this, the songs all felt short and underdeveloped (even if Kanye’s production was reliably fun).

Donda is almost four times as long as JESUS IS KING. It’s still a very in-your-face Christian record – there are lyrics about God and Jesus everywhere and the production is graced with Gregorian chants, gospel vocals and organs. However, this time he’s made room for personal subject matter and taken the time to create fleshed-out songs.

The tone of the album is much darker, as opening track ‘Donda Chant’ establishes (I dismissed the track as nonsense the first time I heard it, but it turns out it’s actually a representation of Kanye’s mother’s heartbeat in the last seconds of her life, which makes it quite powerful). The beats are moodier than on JIK and Kanye shows many glimpses of vulnerability. Title track ‘Donda’ and ‘Jesus Lord’ both pay tribute to his late mother, while the latter also sees Kanye displaying some gritty storytelling skills (something we haven’t heard from Kanye for a long time).  Tracks ‘Lord I Need You’ and ‘Come To Life’ meanwhile see the rapper reflecting on his relationship with Kim, featuring some great lines such as ‘took your thoughts and pencilled ‘em in/ probably should have wrote them in pen’.

Contrasting the more personal tracks are many fun songs where Kanye plays around creatively with his vocal delivery. From the ‘mm-mm-mmm-mmm-mmm’ ad-lib on ‘Hurricane’ to the cartoonish high-pitched delivery of ‘wriist’ on ‘Junya’, the rapper knows how to spice up any verse to keep things engaging. There are also many playful beats here, drawing influence from styles ranging from trap to funk while weaving in church choirs and organs (I particularly like the gauntlet of upbeat tracks between ‘Junya’ and ‘Heaven and Hell’).

Kanye invites plenty of guests along and for the most part they deliver decent performances. Jay-Z serves up witty double entendres like ‘felonies/fell on knees’. Jay Electronica goes in hard with some political bars on ‘Jesus Lord’. Even Lil Yachty's verse is good . Some dude named Vory meanwhile sings on a few of the tracks and kills it every time. There are certainly a few questionable moments: Westside Gunn’s elongation of ‘thank goddddd’ sounds off-key and Lil Durk is sucking up a little too much to Kanye in his verse on ‘Jonah’ (it wouldn’t surprise me if Kanye wrote that verse). And then there’s the appearance of disgraced stars Marylin Manson and Lil Baby, which just feels like an attempt to be edgy. But otherwise I’m digging all the guests (even the Globglogabgalab’s surprise feature).

All in all, Donda is an impressive album. It would be a lot more impressive if it wasn't so unnecessarily long. While most of the tracks are solid, there is some inevitable filler such as ‘Tell the Vision’ (I was sad when the beat didn’t drop and it just ended). I also don’t know why four of the tracks are repeated at the end with only very slight variations. Without these excess tracks, Donda could have been an AOTY contender.