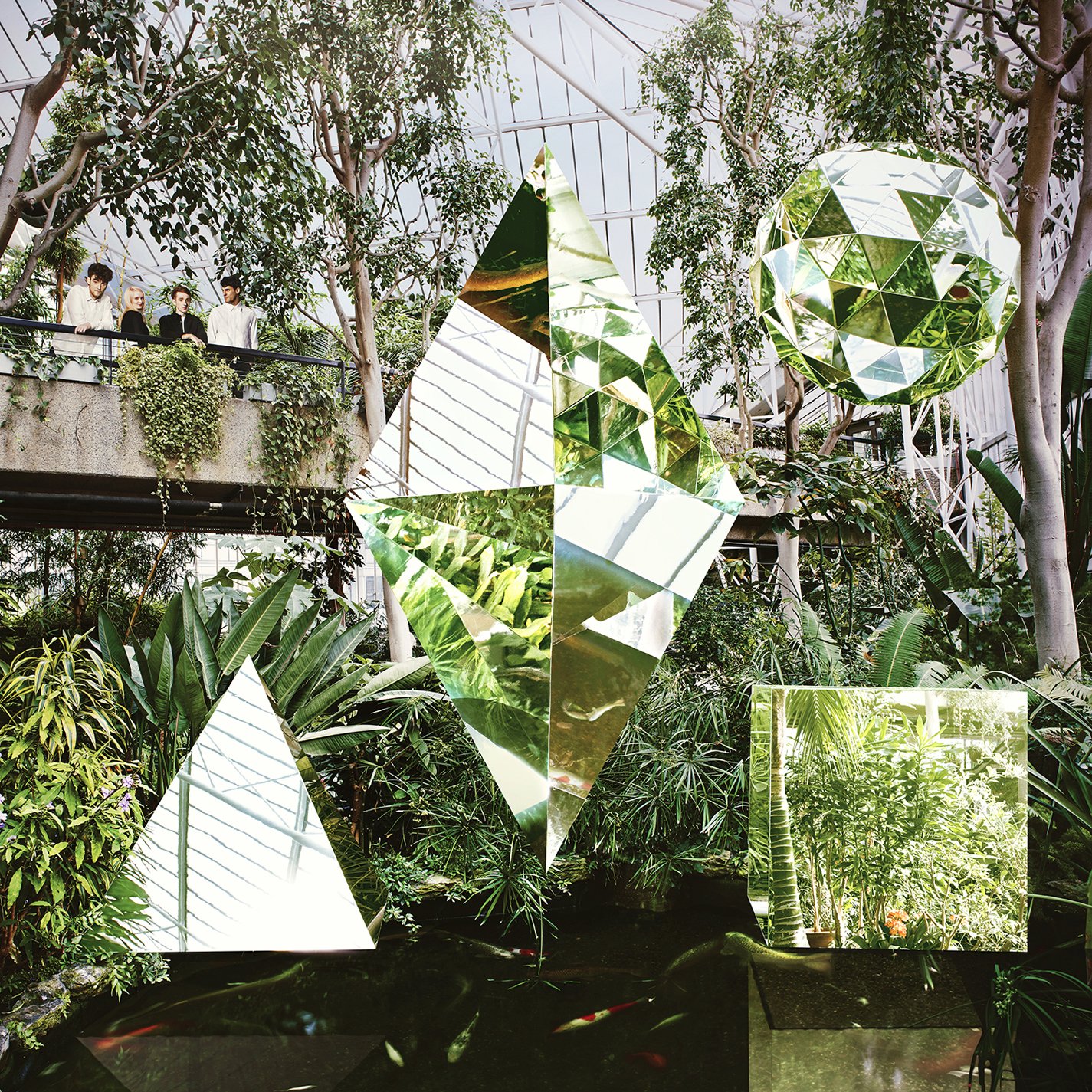 
Aside from the silly quote, New Eyes sets off to a fairly solid start. There’s some immediate creativity on show – the opening track, ‘Mozart’s House’, merging 8-bit techno and classical strings. There are other creative touches on this album that certainly separate Clean Bandit from being just another UK electronic act. There are tropical steel drums and harmonised auto-tuned choruses and garage beats.

Unfortunately, the thing that really holds Clean Bandit back is their attempt to be poppy. They stick to safe song structures and basic melodies in an attempt to be accessible but don’t really add much catchiness. Pretty much every track features a different vocalist, but none of them deliver a chorus that sticks in my head (except for Jess Glyne on ‘Rather be’ but that’s just because of excessive radio airplay). The lack of catchiness may just be because none of the vocalists have that memorable a voice, or they simply haven’t developed a unique vocal personality. For the most part, the singers are all unknowns – a generous move made by Clean Bandit but one that hasn’t paid off.

Another problem with Clean Bandit’s style is their implementation of retro sounds. There aren’t any dubstep wubs or over-the-top drops on this album. It’s all garage and early house. Sadly, what’s missing is the sense of nostalgia. Unlike Disclosure or Lone or Machinedrum, Clean Bandit have taken the sound of the early nineties, but left out all the soul. So you think electronic music is boring? Sadly, Clean bandit’s brand of electronic music kinda is.

There is a big part of me that wants to like this album, largely because it’s so positive and summery and I like positive, summery stuff. However, the music just feels a little characterless. The only track I really dig on this record is ‘Birch’, which ironically happens to be the most downbeat single on the album. Vocalist, Eliza Shaddad, feels like she’s actually putting her heart into it and the backing instrumental is pretty atmospheric.