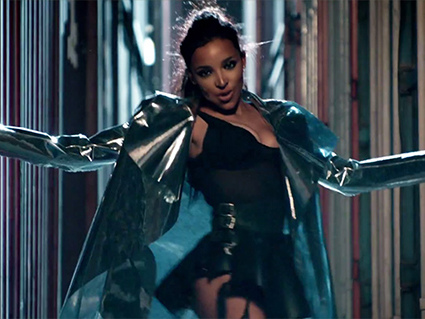 It's mostly guitars this week and no hip hop. I've realised I'm not black. This week Tinashe titillates,  Disclosure disappoint and Goblin return as Goblin Rebirth.

'All Hands on Deck' - Tinashe

I’m surprised this club-friendly pop tune isn’t on the radio. Maybe the flutes are holding it back (are flutes too alternative?). Maybe ‘all in the front, all in the back’ is simply too suggestive. Personally I’m addicted to it, although not as addicted as I am to the raunchy music video. Tinashe sure knows how to strut her stuff.


‘God Damn!’ was indeed my reaction after hearing this monster of a track. The Wolverhampton rockers are like a much louder version of Nirvana. Quiet grungy riffs are contrasted with gargantuan walls of distortion that rival Electric Wizard.

'Say You Will' – Trails and Ways


Angelic vocals and groovy guitars come together on this sweet indie rock jam from Oakland group, Trails and Ways. This track and the band’s upcoming album Pathology were allegedly produced entirely in the drummer’s bedroom. For a DIY band, this is impressively glossy.


New York psychedelic solo artist, Erin Rioux, sings dreamily over a simple bass guitar riff to the accompaniment of complex electronic percussion. The strange computerised mass of clicks and thuds shouldn’t compliment the earthy use of guitar, but somehow the two form a happy cyborg relationship.

If you’re a horror movie buff, it may interest you to know that this Italian prog rock band (formerly known as Goblin) composed the scores to cult classics Suspiria and Tenebre. I won’t pretend to have seen either movie. I don’t have the time to laze around watching films (I’m far too busy lazing around listening to music). Anyhow, this track is pretty epic and according to guitarist Giacomo Anselmi, ‘tells the story of a death of a goblin’, although this story is a little hard to follow given there are no lyrics.


The house music duo have gone a tad too minimal on this track in my opinion. Gone are the sparkly deep house chords that made their music so magical. In fact, Disclosure’s entire personality seems to have been stripped away in the pursuit of minimalism. I hope this isn’t the group’s future direction. I’d rather listen to a metronome for five minutes.
Posted by Alasdair Kennedy at 10:24:00
Email ThisBlogThis!Share to TwitterShare to FacebookShare to Pinterest
Newer Post Older Post Home
Follow @AlasdairKenned1