Review of 'Ultra Mono' by Idles 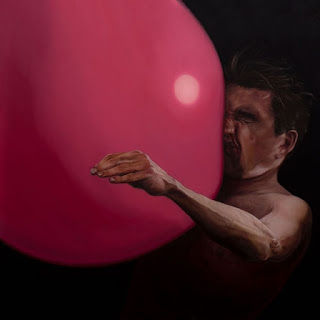 Ultra Mono? MORE LIKE ULTRA MONOTONOUS. (I’m kidding - this album is far from boring. It is, however, a bit underwhelming compared to the band’s past material).

Bristol punk rock group Idles have never been a subtle band. They’ve spent their last two albums, Brutalism and JAAAOR, provocatively yelling progressive liberal mantras over pummelling drums and squealing guitars. And yet despite being so loud and outspoken, they’ve always been able to convey their messages in a nuanced way – usually through humour (e.g. ‘Stendhal Syndrome’, ‘Gram Rock’) or by relating them to personal tragedy (e.g. ‘Mother’, ‘June’).

Unfortunately, on Ultra Mono, this nuance seems to have gone out the window. While lead singles ‘Model Village’ and ‘Grounds’ are able to maintain some of Idles’ charm, the rest of the songs are disappointingly basic explorations of hot button topics. Take the track ‘Anxiety’ as an example – the chorus is simply ‘I’ve got anxiety/ It’s got the best of me’ and the outro consists of Joe Talbot yelling ‘an-xi-etyyyyy! An-xi-etyyyyy!’ over and over again. Then there’s ‘Kill Them With Kindness’ that doesn’t provide any substance beyond its cliched title. Previous Idles tracks have always managed to say a lot with a little. In this case, it’s the opposite.

Half of these tracks are saved by the instrumentals – or, in some cases, the sheer manic delivery of Joe Talbot’s vocals. Take opener ‘War’ as an example. Lyrically, the track is largely just Talbot making childlike gun and sword sound effects and screaming ‘WARRR!’ at the listener, and yet there’s so much energy thrown into it that it’s a total thrill-ride (the drums have all the savagery of a blitzkrieg). ‘Reigns’ meanwhile pulses along aggressively like a fatty heart fighting to pump blood around the body, perfectly complementing the lyrics: ‘how does it feel to have blue blood coursing through your veins?’. It’s not the witty attack on the upper class that I was hoping for, but what it lacks in barbed lyricism it makes up for in sonic ferocity.

All in all, I don't think this record is lazy (they haven't been 'idling' around *ba dum tss*). In fact, they put more energy into the delivery than on any previous album. The lyrics do however feel like they were written by an imposter or a Joe Talbot algorithm. During the recording of this album, the band tweeted that they sounded ‘like an Idles cover band’, suggesting that they were struggling to write authentic lyrics. I hope they can find the inspiration to do better on their next record.