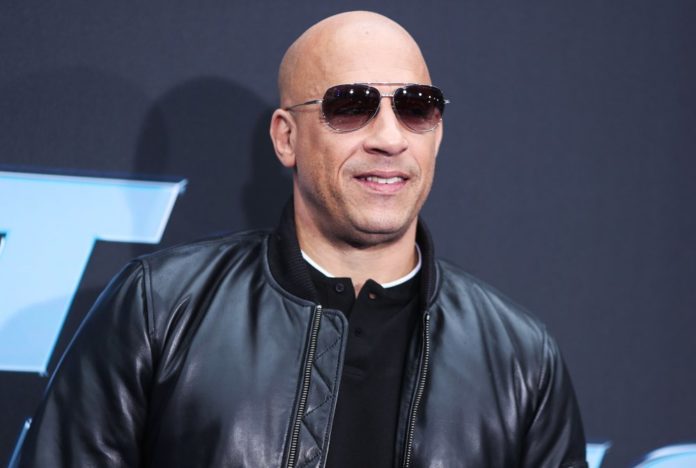 Vin Diesel has released an EDM track and it's neither fast nor furious.

I’ve had a hard time accepting Joji as a serious artist, considering that he used to make songs like this. After listening to this stunningly woozy synthpop track, I may have finally got rid of the mental block – I no longer picture him in a pink morph suit when he sings. It may be because there’s very little singing within this track. In fact, I did wonder if there were going to be any vocals at all (they don’t come in until the last third of the track). For some reason, Yves Tumor’s vocals are buried deep in the mix, however it does add to the spacey vibe.

Sam Eagle – not to be confused with the Muppets character – is a 21-year-old singer and multi-instrumentalist from Essex. His new single ‘Like This’ is an energetic soul track with a deliciously funky bassline and sparse but groovy percussion (I particularly love the cowbell and punchy snare during the chorus). It’s a pretty unique sound that I can only describe as Tom-Misch-meets-Neptunes. Sam Eagle has recently signed to Cooking Vinyl and will be dropping a new EP titled Something Out Of Nothing later this year.

I love this opening riff. I bet it sounds amazing live (I’ll definitely be checking out this Bath-based band in concert when the music venues finally reopen in 2073). The track packs a lot of punch into it’s two minute runtime and just as you think it’s going to subside at the end, it launches into a catchy closing hook: ‘I’m wrecking ball, wrecking ballin!’. It’s a lot better than that other wrecking ball song.

This track from Dorset singer-songwriter Alex Hedley starts as a raw folk song and gradually builds layers of drums and soaring strings until it reaches a beautiful climax. The chord changes are pretty interesting and have a Radiohead-esque feel to them. The lyrics meanwhile tell the melancholy tale of an isolated lighthouse keeper. It’s pretty much an elaborate sea shanty.

Ontario singer-songwriter Low Float has dropped a second single titled ‘Golden’ (I featured ‘Here Before’ on the blog a couple weeks ago). It features a similarly snaking bassline and some smooth vocals that ride hypnotically over the beat. It’s another great cut from his debut record For Your Dreams – which is out now.

This isn’t the fast and furious banger I was hoping for. In fact, it’s a slow and tepid tropical house song. Vin Diesel’s got nothing on Elon Musk. Who’s the next celebrity to release a surprise EDM anthem? J.K. Rowling? Mark Zuckerberg? Joe Biden? Captain Sir Tom???