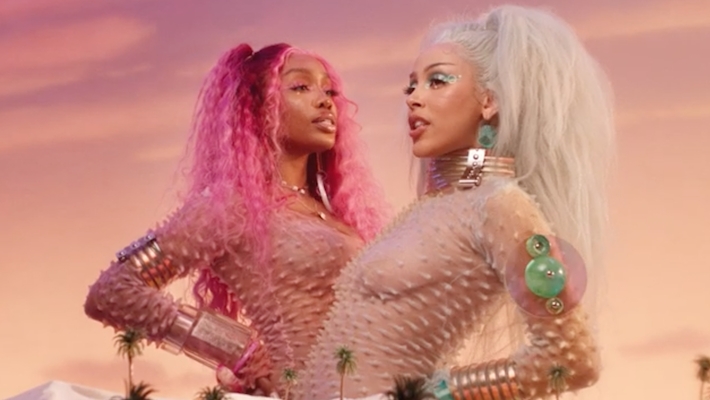 I apologise for this weekly track roundup being three days late. I was too busy getting drunk at the pub mourning Prince Philip’s death on Friday that I didn't get round to posting it. Anyway, here it is - the best tracks of the week!

This latest track from Oakland singer Spellling is indeed spelll-binding. Her soulful voice is so unique (a Youtube commenter nailed it when they described it as a mix of ‘Kate Bush and Goldfrapp’) and the soaring strings and flourishes of harp give it all the grandeur of a Bond movie score. Spellling is dropping a new album The Turning Wheel this June.

Sufjan Stevens’ father sadly passed away not long after releasing his last album The Ascension. As a tribute, the singer-songwriter is delivering a five volume collection of instrumentals titled Convocations – each volume symbolising a different stage of mourning. This track is from Volume 2. It’s a tranquil but equally eerie synth track made up of swelling 5th chords and bright twinkles. It’s like a creepy version of a Lone track and it’s utterly hypnotic.

Not gonna lie, I was so distracted by the three fine human specimens in the video that I barely even took in the song the first time around. That’s not to say that the track itself is uninteresting – In fact, it’s a pretty addictive hip hop/r&b jam with a sensual catchy hook from Doja and a steamy rapped-sung verse from SZA. Doja Cat will be dropping a new album Planet Her some time this year.

This deliciously funky single is the work of London-based French group Zebrah, who are dropping a new EP Stripes on May 21st. Pauline Janier’s vocals are delivered in a playful conversational tone, inspired by a conversation she had with her mother before bed. The vocals are accompanied by groovy guitars – they start off hard and energetic before simmering down and then building back up. Along with the feelgood video, the whole thing just makes you want to get on your feet and dance.

‘I Can Do One Handed Cartwheels’ – Animal Schoolbus

Animal Schoolbus is a Connecticut grindcore duo consisting of Charlie Sad Eyes on guitar/bass/drums and his 9 year old daughter Princess Beast on vocals. This track is off a new remix of their album Going To Grammy’s House. Not only are the lyrics hilarious (‘I WATCH MIGHTY MORPHIN POWER RANGERS! THERE ARE 34 SEASONS ON NETFLIX! DADDY SAYS THEY ALL SOUND AUSTRALIAN!’) but the vocal delivery itself is genuinely br000tal.

TOM HANKS, COULD YOU PLEASE COLLECT YOUR SON FROM THE BEACH. HE’S OUT HERE PROMOTING WHITE PRIDE, RAPPING IN PATOIS AND COMPLETELY DESTROYING YOUR LEGACY.