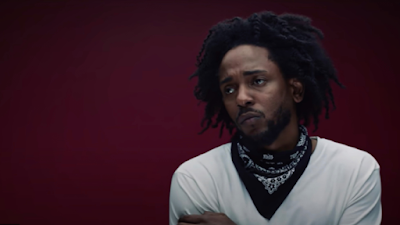 Kendrick Lamar is finally back! Plus there’s a new loony track from black midi. Other artists featured this week include Personal Trainer, SONS and Huwbergine.

Kendrick Lamar’s first solo single in what feels like 300 years doesn’t disappoint. No ‘top of the mornings’ here – the rapper is back to delivering masterfully dense sociopolitical poetry about the ‘culture’, backed by a gorgeously soulful Marvin-Gaye-sampling instrumental. There’s plenty to dissect in the lyrics if you’re not too distracted by the trippy face-morphing in the video. If you weren’t already aware, Kendrick’s new album Mr Morale & The Big Steppers is out today (How are there already reviews??? It's been out a few hours).

UK experimental rock band black midi are on course to be the new Mr Bungle. This song is all over the place in the best possible way. The track jumps from one frenetic riff to the next while making it all sound seamless. There’s some cinematic horn blasts and even a thrash metal section towards the end. Geordie Greep’s theatrical sprechgesang is meanwhile suitably zany and at times even profound ‘to die for your country, does not win a war. To kill for your country, is what wins a war’. Barely a year after dropping Cavalcade, they’ve already got another album lined up titled Hellfire.

Amsterdam indie seven-piece Personal Trainer want you to get up and dance, regardless of whether you’re a ‘cosplay connoisseur’ or even a ‘date rape specialist’. According to frontman Willem Smit, ‘I wanted to make a song to dance to for everybody – no one excluded. The idea was to make a song that brings people closer to each other, no matter who they are, who they are with, what they believe or what they’ve done.’ The playful lyrics, groovy descending bassline, feelgood chorus and stripped-down choreographed dance make for all-round fun anthem. A great song for busting your rug to, whatever that means.

There’s nothing sweet about ‘Sweet Boy’. This latest track from Belgian rock band SONS is the sound of pure unpasteurised rage. It’s driven along by a simple-but-effective menacing riff. The vocalist meanwhile sounds absolutely livid, repeatedly screaming ‘AH! AH! AH! AH!’ in the chorus like he just stepped on a Lego brick. It’s chaotic, but also incredibly tight and catchy. The band have a new album out titled Sweet Boy from which this is the title track.

Huwbergine is the solo project of Huw Edwards, singer of Leeds rock band KOYO. The last track I featured from Huwbergine was shimmering hi-octane electropop song ‘I’m On It’. This new song adopts a more steady groove with some bouncy synths and unique flourishes of what sounds like lap steel guitar. Huw is in falsetto mode almost all the way through the track and he bosses it. All in all, it’s a bop.

There’s a new Elvis Presley biopic coming out in June and for some baffling reason the producers asked Doja Cat to provide a song for the soundtrack. The result is a garish trap-flavoured interpolation of ‘Hound Dog’ that almost makes me wish the pop rapper/singer followed through with her threat to retire.