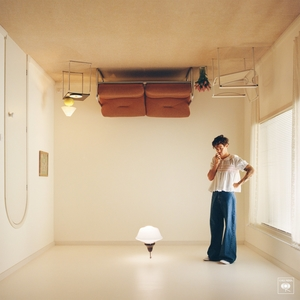 Minus points for the silly album title. It sounds like a CBeebies programme. This album also contains some of Styles' most boring ballads. But otherwise, there are some fun bops here.

On his third album Harry’s House, the Ex-One-Directioner still hasn’t settled on a musical direction. Like Fine Line, the result is a mishmash of styles from Styles ranging from alt rock to funk.

Some of the tracks here are genuinely rad. Opener ‘Music For A Sushi Restaurant’ features a bright explosion of trumpets and descending ‘ba-baaaaa’ vocals harmonies that are very satisfying. Stomping second track ‘Late Night Talking’ meanwhile contains a creative mix of influences – there’s some Duran Duran in the production and even a brief bit of Eric Clapton in the way he sings ‘you-ooo’ near the beginning. On top of this, there’s ‘Keep Driving’, which features some cool detuned synths and lyrics inventively delivered as a list as if quickly passing each object by.

Other songs are just okay. ‘As It Was’ sounds like Keane with Christmas bells, and is perfectly pleasant until you’ve heard it 100 times on the radio. ‘Daydreaming’ meanwhile has a fun groovy bassline, but I’m not feeling the ‘ba-ba-ba’ Latin-inspired vocals that sound like a cheap imitation of something you’d hear in Nandos.

Then there are tracks like ‘Little Freak’ and ‘Matilda’, which I’m not feeling at all. These bland ballads kill the momentum of the album – the instrumentation and vocals are totally forgettable. It’s odd, because previously ballads have been Styles’ strength. The two best songs off the last two albums, ‘Sign of the Times’ and ‘She’, were both ballads. Both felt epic and saw Styles giving an emotional vocal delivery. By contrast, these two are subdued and characterless.

All in all, it’s a mixed bag. There’s not really anything that ties the album together, except maybe Styles’ lyrical obsession with food and drink (there may be no ‘watermelon sugar’ this time, but otherwise we get a vivid picnic of food references including ‘fried rice’, ‘egg’, ‘coffee on the stove’, ‘sweet ice cream’, ‘blue bubblegum’, ‘green tea’ and ‘sushi’ – and that’s just the first track). Was Harry hungry while writing this album? I certainly get hungry listening to it.

There isn't much lyrical substance beyond food and drink, but in a way it's good to hear Styles not sounding so overly mature as he did on his debut. He's having fun on this album, drawing inspiration whatever style of music he feels like. While none of it is wildly experimental, it's refreshingly different to what is otherwise dominating the charts. It's just a shame that the quality isn't consistent - if the ballads were as good as the bops, this would be a fantastic pop album.