Review of 'Honestly, Nevermind' by Drake 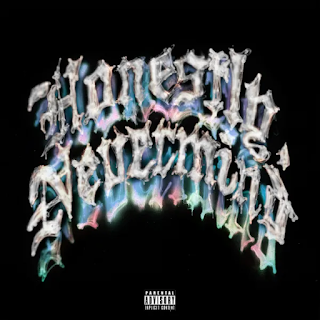 Drake’s new surprise dance album is his dreariest yet.

It’s been barely 9 months since the release of Certified Lover Boy – a record that I personally felt featured some of the singer/rapper’s best and worst songs to date - and Drake has already ambushed us with a new album. Part of me didn’t want to listen to it, because I simply wasn’t ready for another Drake album. However, the news that this was a ‘dance’ album had me curious, plus it was a relief to see a tracklist that wasn’t over 20 songs long.

I was excited to see what type of ‘dance’ music Drake had chosen. Was this going to be 14 tracks of ecstasy-fuelled glowsticks-out happy hardcore rave tunes? Or were we going to get more wishy-washy dancehall-pop songs like ‘One Dance’? I had a feeling it would be the latter, but I was wrong. As it turns out, Drake is singing on actual house beats here - but don’t get your glowsticks out just yet.

If you listen to a lot of house music like me, you’ll probably find these beats to be pretty rudimentary. They’re not bad, just not very creative. The squeaky bedspring sound effects on ‘Currents’ are probably the most inventive idea here and I still can’t tell if they’re fun or the most ridiculous thing I’ve ever heard. The production does become a little more colourful towards the second half of the album (the bouncy pianos of ‘Massive’ and the dreamy sampling in ‘Flight’s Booked’ stand out), but otherwise it’s all quite minimal and easy to tune out from.

Drake’s vocal performances meanwhile are some of his most uninspired. On ‘Falling Back’ he sounds like he’s practically improvising, moaning ‘falling back on meeeee’ repeatedly at the listener in a sporadic fashion until it becomes comical. His auto-tuned delivery on ‘A Keeper’ meanwhile sounds flat as a pancake. You can tell these types of beats are not his strong suit – he sounds much livelier and much more at home on ‘Sticky’ and ‘Liability’, which both deviate into more trap-flavoured production.

For a Drake album, this is certainly a risk. Unfortunately, for a dance music album, this is very derivative. It feels like Drake put very little effort into his vocal performances in the hope that the novelty of hearing him singing on house beats would carry the album. For some people this novelty may be enough, but not for me. Drake is a talented artist, but he consistently squanders this talent by churning out projects at speed without putting enough time into each one.