Review of 'Fetch the Bolt Cutters' by Fiona Apple 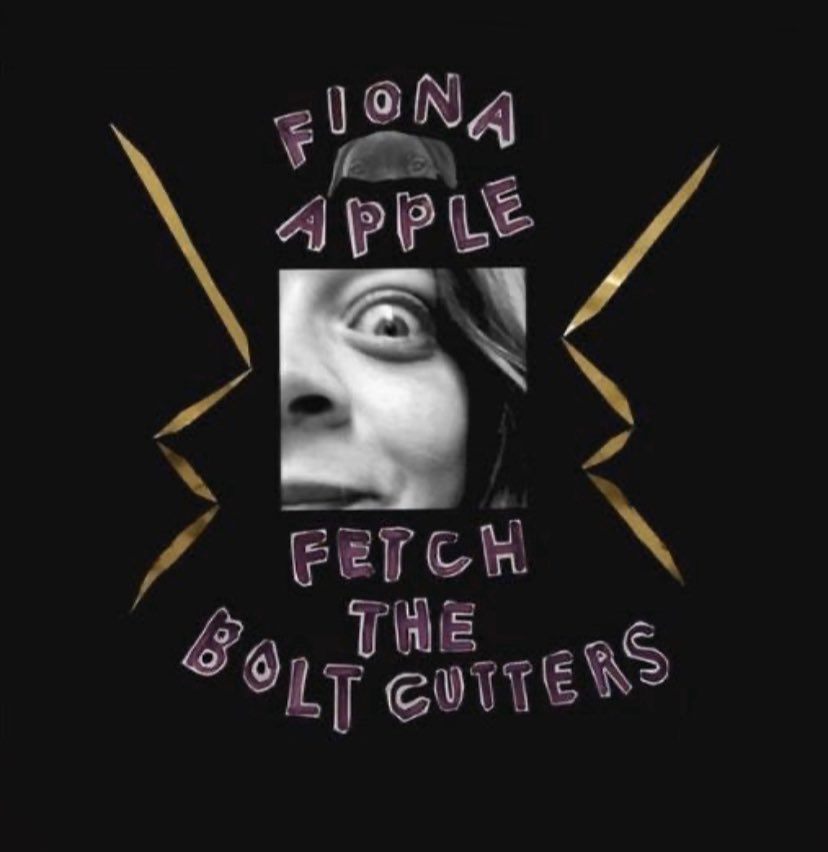 Was Pitchfork right to give this album a 10?


Every 10 years, a rare event takes place within the music blogosphere known as the ‘Pitchfork 10’ in which the druids assemble to watch the stars align before blessing an album with a double digit score. Radiohead’s Kid A and Kanye’s My Beautiful Dark Twisted Fantasy are both previous chosen ones and now Fiona Apple’s Fetch The Bolt Cutters has been ordained.

It’s a colossal title to live up to. As a long time fan of Fiona Apple, I already had high hopes for this album. 2012’s raw and emotive The Idler Wheel Is Wiser Than the Driver of the Screw and Whipping Cords Will Serve You More Than Ropes Will Ever Do (I’ll just refer to it as The Idler Wheel from now on) ended up making my top albums of the decade. Upon seeing that Fetch The Bolt Cutters had been given a Pitchfork 10, I feared that the expectation bar was set too high. Could this album ever be the life changing experience that Pitchfork had built it up to be? Or was I certain to be disappointed?

Piano-driven lovelorn opener ‘I Want You To Love Me’ suggested that this album wasn’t going to be too different in style to The Idler Wheel – that was up until the freakout of dolphin shrieks at the end, which hinted a more unhinged side of Fiona Apple. Second track ‘Shameika’ is straight-up catchier and more frantic than anything on The Idler Wheel and is the track that really sets the stylistic tone of Fetch The Bolt Cutters. Fiona’s winning personality shines through on this track (which she describes herself with the line ‘Tony told me he’d describe me as pissed off, funny and warm’) and there are some truly striking lyrics in the track such as ‘I wasn’t afraid of the bullies, and that just made the bullies worse’.

As the album progresses, the instrumentation gets excitedly weirder – more so than I expected from a Fiona Apple record. The piano takes a backseat, allowing centre stage for the playful percussion (live and digital) and moments of jazzy upright bass. Often the vocals are the only source of melody, as on ‘Relay’ which integrates tribal chants in a Tune-yards-esque fashion and ‘Newspaper’ which features pained vocals over a series of industrial clangs and percussive string plucking. This helps to emphasise the rawness in Fiona’s voice.

The lyrics meanwhile are largely about the struggles of womanhood. At the start of the album, the lyrics have a cheeky tone (as on tracks like ‘Under the Table’) but by the time we reach ‘Newspaper’ the record is delving into more serious tales of abuse.

It all reaches a crescendo on the eleventh track ‘For Her’ – which features the darkest lyrics of the album and the most experimental composition. It tackles the subject of rape and is made up of wild Bohemian-Rhapsody-like vocal harmonies and frenzied percussion that sharply change rhythm throughout the track. It’s both an exciting and terrifying listen.

The bolts have definitely been cut on this album and it’s her most adventurous no-bounds work to date. At the same time, it manages to stay catchy and meaningful throughout. It’s hard to place a label on this music, which in my eyes is the sign of a truly ground-breaking record. As much as I’d love to disagree with the chin-stroking hipsters at Pitchfork, I can’t really find any significant faults with this album. I guess you could argue ‘Cosmonauts’ is a bit straightforward, but it’s not a bad song. Is this the best album we’ve witnessed in a decade? Probably not, but it personally it’s definitely challenging Childish Gambino for the album of the year position.
★★★★★