Review of 'RTJ4' by Run the Jewels 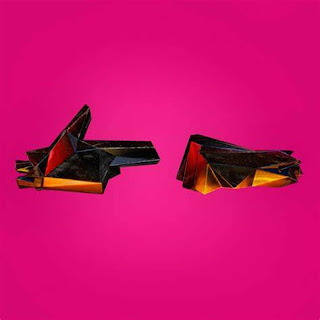 When veteran rappers El-P and Killer Mike first teamed up to form Run the Jewels in 2013, I assumed that it was going to be a one-off collaboration. Kinda like Jay-Z and Kanye on Watch the Throne. Or Metallica and Lou Reed on Lulu (the best collaboration of all).

Clearly that wasn’t the case. The pair have put their solo careers aside and are now on their fourth album together as Run the Jewels. They've creatively titled this one RTJ4, having named their previous album RTJ3 (I wonder what their fifth album will be titled?). Zack de la Rocha is back as a guest for the third record in a row. Basically, not much has changed since their last album. However, the upside of this is that they’re still delivering the same winning formula of wittily mean bars, impressively acrobatic flows and hard-hitting beats. To quote Gandhi, ‘if it ain’t broke, don’t fix it’ (I don’t actually know who penned that phrase – probably not Gandhi).

At eleven tracks, it’s a much more compact album than the last. You could also argue that the energy is even higher than on RTJ3 (which was already an intense listen). Opener ‘yankee and the brave (ep. 4)’ commences with rapid fire drums and some flashy tongue-twisting bars from Killer Mike: ‘back at it like a crack addict/ mr black magic, crack a bitch back/ chiropratic’ – it’s the most explosive opener of any Run the Jewels album to date. Most of the beats that follow are pretty hi-octane: some of my favourites include the bouncy boom bap of ‘ooh la la’ courtesy of DJ Premier, the Mr-Oizo-like stuttering sampling of ‘out of sight’, the trap-on-steroids of ‘JU$T’ and the epic rising instrumentation of closer ‘a few words for the firing squad (radiation)’. The flows meanwhile are tight across the board from the stabbing assault of ‘yankee and the brave (ep. 4)’ to the smooth rolling delivery of ‘never look back’.

Usually, I find both rappers to be on the same level lyrically, but in this case I felt that Killer Mike outshine El-P. In the wake of the BLM protests, Killer Mike’s politically-charged lyrics on ‘JU$T’ and 'walking in the snow' feel more potent and relevant than ever. His disses also struck as me as more vivid. While the New York rapper tends to be more cryptic, I’m still used to hearing the odd comical ‘run backwards through a field of dicks’ jibe from him – on this occasion, none of the bars were quite so memorable. The whole ‘ooh la la’ hook (on the track 'ooh la la') is also pretty annoying. All in all, it’s not El’s best work, even if his beats and flows are ace. Otherwise, it’s a fairly solid album. To quote Gandhi, 'not El's best bars, but shit still slaps'.