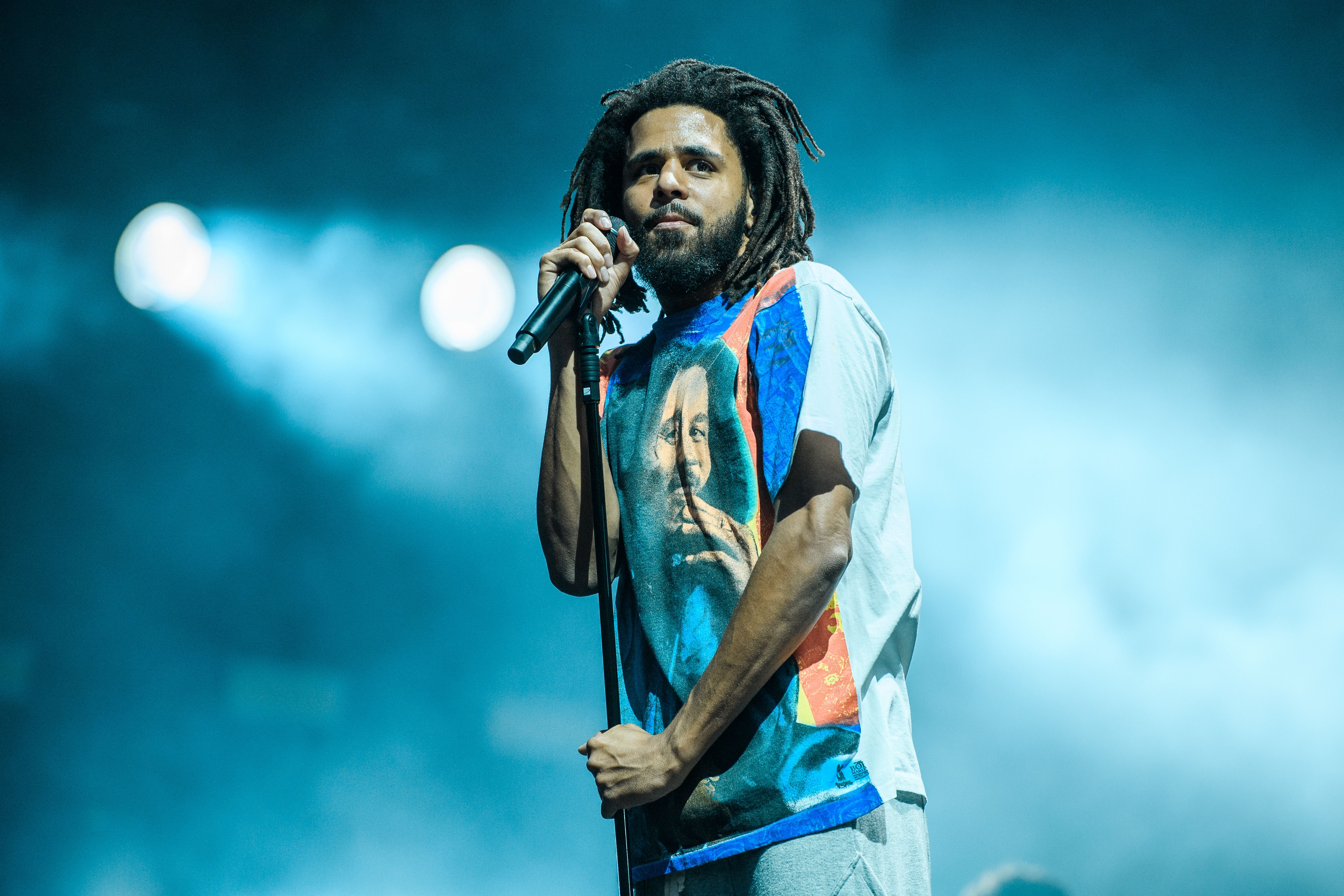 The new J Cole track is gold. The new Jake Paul track... not so much.

Why has it taken me this long to get into J Cole? I’ve been sleeping on him so long I’ve got bedsores. After being erroneously cancelled by Twitter, the North Carolina rapper has decided to climb back with this new single ‘The Climb Back’. The off-kilter self-produced beat is enchanting and the way in which he continuously switches up his flow feels effortless. Some of the bars are also really clever – my personal faves are ‘you’ll see how I flipped like exclamation points’ (‘!’ upside down is ‘i’) and ‘blow your clothes half off like a promo code’.

This song title is nuts. Did a cat walk over the keyboard while they were uploading it? I was expecting the music itself to be equally manic, but it’s actually pretty soothing (I'd class it as indie pop/electropop). Aside from the odd glitchy moment, the production is as relaxing as a warm bath and the dreamy vocals over the top will send you off to la-la-land (see what I did there???). I don’t know much about the individual respective styles of Lala Lala or Baths, but they both sound at home on this track.

The opening woozy synths and syncopated live cymbal work immediately had me hooked and I knew this was going to be ‘best tracks’ material before the vocals had even entered the mix. The exciting drumming and production is the work of London artist Chiminyo (who some may know from jazz acts like Maisha). Clara Serra Lopez (who I coincidentally featured a couple weeks ago) offers some soaring guest vocals over the top. The track is set to appear on Chiminyo’s upcoming album I AM PANDA.

What genre is this??? The twangy guitars and pulsing bassline give me Joshua-Tree-era-U2 vibes, while the chorus sounds like it’s from a 70s disco tune. It’s topped with reverb-soaked vocals that occasionally glitch out like a skipped CD. There’s also some 808 cowbell thrown in there for the hell of it. I’m intrigued to hear more from this unique Milwaukee project.

This loopy noise rock tune is only 90 seconds long, but it's an exhilaratingly busy 90 seconds. In fact, the band manage to squeeze in two verses and a plethora of deranged riffs (the opening riff is particularly deranged - it barely sounds like a guitar). California band Oh Sees (who have previously gone by the names The Oh Sees, Thee Oh Sees and OCS) have plans to change their name yet again (this time to Osees) and will be releasing their 23rd album this year.

This track is actually pretty decent by Jake Paul standards (which isn’t saying much), but there’s one small thing that frustrates the hell out of me: why would you put a Mexican mariachi band in a track called ‘Straight Outta London’? I thought Drake singing in French on a track called ‘Greece’ was confusing enough. Do these nimrods have any idea what country they’re rapping about??? LONDON IS NOT IN MEXICO. London is in England. #EnglandIsMyCity